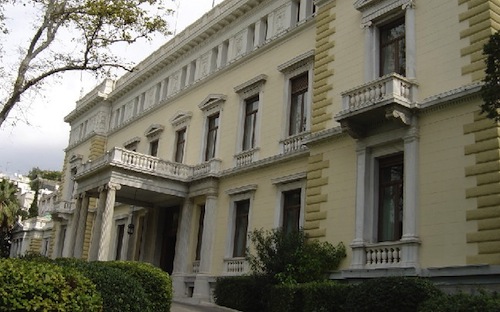 According to the minister, the changes approved would allow Greece to meet targets calling for a 40-50% reduction in administrative structures, effecting savings that exceeded 15%, AMNA reports.

This marked the start of the crucial second phase, in which the studies had to be carried out and new institutions designed, Manitakis added. Government wants to push dismissals forward through an evaluation procedure, by reducing the services at ministries and their supervised agencies. The government partners will discuss in great detail the wording in the bill, to ensure the greatest convergence of opinion before it is tabled in Parliament, tovima.gr writes.

Yesterday’s meeting at the Maximos Mansion also discussed coordinating efforts for the ‘mobility’ of 12,500 civil servants by June and another 12,500 by December. By the end of December 2013, the government must also remove 4,000 public-sector employees, many of which will have to go by June. Manitakis stressed that each departure will be matched by the hiring of a new employee via the ASEP civil servants’ recruitment council.

Administrative Reform Ministry supports a qualitative “upgrade” of staff and evaluation of human resources, in an effort to make services more efficient. A variety of employees will face dismissal, across all government services and agencies, with the government providing some incentives for voluntary redundancy.

FinMin Yannis Stournaras wants all measures to be voted until Sunday so that he finds the chance on Monday, at the Euroworking Group meeting, to ask for at least the EUR 2.8 billion already approved by the Eurogroup, protothema.gr writes.

The Finance ministry is apparently backing off on the operation of shops on Sundays since, after the reaction of the parties, the issue will probably not get included in the omnibus bill.

The bill will include provisions for the extension this year of the collection of the tax hike through electricity bills, but under another name (single property tax) and the introduction of a 15% discount as compared to 2012. The implementation of a single property tax is postponed until 2014, whilst officials spoke of a tax-free limit of at least EUR 50,000 and above that a 0.1% tax in the additional property value of each taxpayer.

This idea is now probably abandoned, as the memorandum goal is to collect EUR 3.2 billion in 2014 from a single real estate tax. FinMin officials already expect significant losses and the budgeted revenue is “clipped” even now to about EUR 2.7-2.9 billion euros.