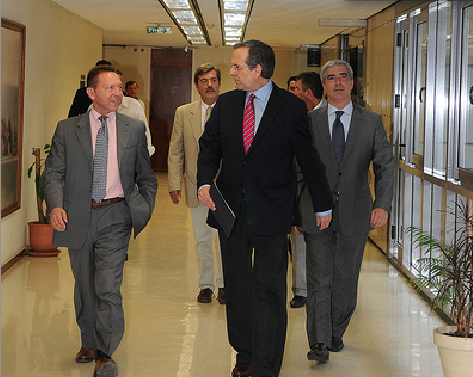 Troika has proposed increasing the age limits for retirement, as a measure to reduce the cost of state pensions in the coming year. According to protothema.gr, the Troika and the financial team of the government are occupied with the burden on the state budget due to the wave of early retirements in the public and private sectors, coupled with high unemployment and lack of insurance and tax returns. Finance ministry sources say that officials already talk about either eliminating the 15-year retirement in order for a would-be pensioner to need 6,000 stamps (20 years of insurance) instead of the current 4,500, or drastically cut early retirement to return to the older age limits providing for a full pension to everyone, at 65 for men and 60 for women.

According to information even if there are legal issues the Troika sees that the public sector will not be able to withstand the increased pension costs of tens of thousands of employees who massively apply to guarantee their pension from now. Something similar applies to private sector employees who exercise their right to a pension because they cannot find work. From these discussions, it appears that the Troika favors a legal response to the phenomenon, which will hit those who hastily enter retirement from now, so as not to leave them without income as retired “reservists” of the public sector in the coming years. The same information mentions that even the private sector could not support the hordes of unpaid pensioners that will seek employment and income in the market.

According to ANA, troika officials informed the government that they accepted EUR 5.5 billion of proposed measures, but required clarification on EUR 3.5 billion’ worth of proposals. They deemed the remaining EUR 2.5 billion’ worth of measures as unacceptable. The lenders demanded that the new austerity package allow for public-sector layoffs, a policy the coalition parties reject. They also reject the proposed savings of EUR 517 million in the defence budget, pointing out that the measure simply involves the government postponing EUR 437 million of expenditure until 2015. Troika inspectors also doubt the feasibility of cutting EUR 735 million from the local government budget and EUR 1.4 billion from pharmaceutical spending.

Meanwhile, in a policy paper, Democratic Left party proposed some EUR 1.23 billion in alternative cutbacks in defense, health and energy sector outlays, so as to avoid slashing pensions and other benefits. Greece should avoid across-the-board cuts in bonus payments to pensioners and raising the retirement age, the party said, Capital.gr writes.

According to the paper, savings in defense could be secured through the reorganization and the deferment of procurement spending into the future, health sector savings through more efficient procurement practices, and the reduction in subsidies to certain energy producers.