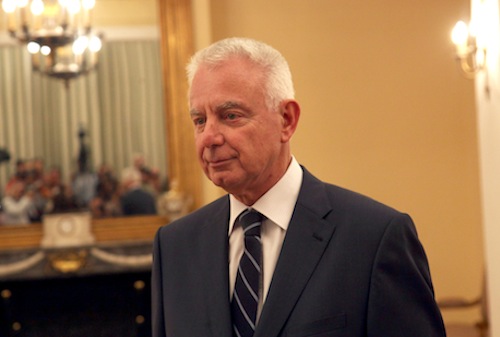 In a letter to ‘Science’ Magazine, caretaker Prime Minister Panayiotis Pikrammenos expressed his thanks “for hosting the letter of the “Support Greece” petition… A great appreciation is owed to the scientists who initiated and signed the petition, paying tribute to the contribution of Greece to European culture and pointing to the need and expediency to support the strong institutions and human potential in the field of science and technology that Greece possesses,” PM said.

He added: “Guided by the humanistic and scientific principles of Greek scientists in the course of centuries (from Pythagoras and Thales to the multitude of Greek scientists excelling in the most prestigious institutions worldwide today), the Greek government considers of major importance the Greek academic and research institutions. Education has always been very important for Greeks, our country having the highest percentage of 20-year olds enrolled in an institute providing tertiary education.

I would also like to note the great number of students and academics coming from Greece or being of Greek origin in institutes abroad, including many in the most prestigious universities worldwide; they represent a huge potential that can further assist Greece.

In this respect, we fully subscribe to the ideas to use part of the EU structural funds to promote innovative Greek programmes and to foster the cooperation of major European research and technology centres with Greek clusters of excellence; therefore, we intend to raise the issue at the appropriate EU institutions.

On a more general note, I am thankful for the idea of the “Support Greece” petition, particularly in these difficult times for Greece. The Greek people are undergoing a tough ordeal, faced with a lowering of their living standards and increasing unemployment, in the effort to achieve the targets set by the the fiscal adjustment programme currently under way. The reform agenda is being implemented and, with the assistance of our partners in the EU and beyond, we expect to overcome the crisis. Suggestions like the one presented by the Nobel laureates in the “Support Greece” petition are precisely of the quality needed to present a promising prospect for the future, particularly to the great number of Greek scientists and students who are facing growing unemployment…”