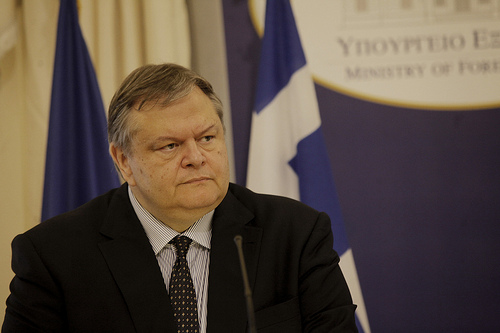 “The situation in Syria is extremely worrying. We have very clearly and unequivocally condemned the use of chemical weapons, which is cruel, which is a heinous crime, which obviously violates the strict rules of International Law, and thus there has to be an international response in the name of legality and in the name of human rights.

This is a stance supported by all the countries of the European Union, including Greece, naturally. At the same time, and independent of that which concerns the clear response to the issue of the use of chemical weapons, the political process needs to be safeguarded. We have to follow through with Geneva II and achieve a definitive and viable solution in the region. We too are working hard and contributing in that direction. We are making constant efforts on all levels, and that is why I am in ongoing contact with the European Union, with Lady Ashton, with my counterparts in many, many countries. And I am also combining my upcoming visit to Cairo with the issue, naturally – not just Egypt, but also with the issue of Syria and the problems of the wider region.

As Greece, we have an added and special interest in the Patriarchate of Alexandria, Saint Catherine Monastery, in Sinai – in a region that is currently in the eye of the storm – in the Greek communities in Egypt, and also in the protection of the Christian populations of Syria; all Syrian citizens, of course, but you will allow me make special reference to the Christians.”