Posted on: May 11th, 2012 by AlYunaniya Staff No Comments 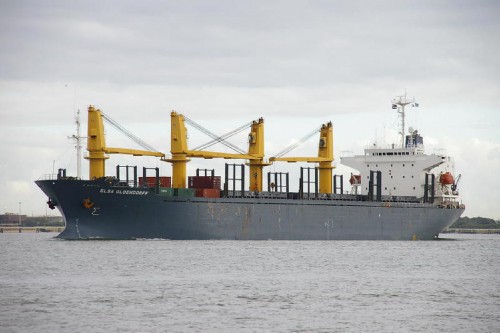 A Greek-owned oil tanker has been hijacked by pirates in the Arabian Sea off the coast of Oman, carrying 135,000 tonnes of crude oil, according to Dynacom Tankers Management company, owners of the Liberian-flagged Smyrni.

Dynacom Tankers Management said it had lost contact with the crew of the following the attack off Oman at 11:15 GMT on Thursday, according to AP.

Dynacom did not give further details but a Kenya-based piracy expert, Andrew Mwangura, said Smyrni was headed for Somalia while it is reported to have a crew of about 15 on board, composed of Indians and Filipinos, Al Jazeera reported.

The hijack success rate for Somali pirates has declined  in recent months, which  has been attributed to plans by several countries to allow ships using their flags to sail with armed guards. It has not been reported, however, whether the Smyrni had such guards on board. On board the vessel.

Although  the recent changes in Greek law were established to permit armed guards on Greek-flagged vessels, even though Liberia also permits armed guards on its flag vessels; recent reports from Greece claim that the vessel did not have a security team embarked, OceanUSlive.Org reported.

Seaborne gangs have raked in an estimated $150m in ransoms in what has become a highly organised, international criminal enterprise, experts say.

EU naval ships are currently on patrol off the Horn of Africa in an effort to protect vessels.