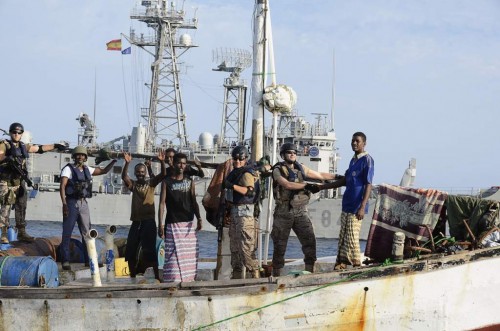 A Greek-owned oil tanker captured 10 months ago by Somali pirates has been released and its 26 crew members are in good condition, the Athens-based Dynacom Tankers Management Ltd said in a statement posted on its website on Monday.

“We are very pleased to report that the MT SMYRNI has been released after ten months in the captivity of Somali pirates.”

Sailing under a Liberian flag the tanker, owned by Dynacom Tankers Management Ltd, was hijacked in May by Somali pirates in the Arabian Sea off the coast of Oman, carrying 135,000 tonnes of crude oil.

The company declined to comment on the ransom claim.

Pirates also told the news agency that two crew member were ill. The company, however, said in a statement that all the crew members are safe and well and the vessel is proceeding to a port of refuge.

The crew consists of 26 members – 14 Filipinos, 11 Indians and one Romanian.

The Department of Foreign Affairs on Tuesday said the 14 Filipino crew members of the Greek are in good condition.

Piracy has prompted some of the world’s largest shipping firms to switch routes from the Suez Canal and redirect cargo vessels around Southern Africa, which leads to additional shipping costs.

Dynacom Tankers Management, Ltd., a shipping company, operates cargo vessels for the oil industry. The company was founded in 1991 and is based in Athens, Greece with additional offices in India, Singapore and the United Arab Emirates.