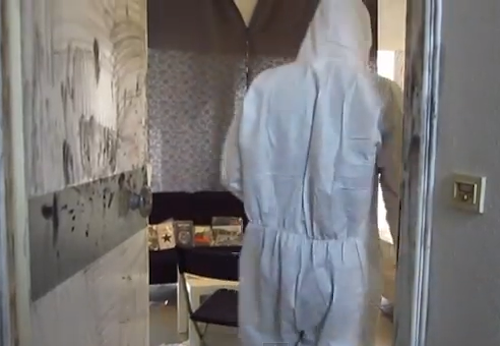 On Friday, 1 February the suspects were arrested by the police in relation to allegations of their participation in a bank-robbery in Kozani, in the north of the country.

Police have said the four were injured during their arrest and that only necessary force was used, but family members and lawyers allege that there was no clash, and that the young men were severely beaten in detention.

“We are profoundly concerned about the recurring allegations of torture and ill-treatment by Greek police,” said Marek Marczyński, Deputy Director of the Europe and Central Asia Programme at Amnesty International.

Video and unedited pictures published by media show extensive bruising. However, the police released photographs that had been crudely edited to lighten or erase bruises and cuts.

In one case a suspect’s face in his photograph was unnaturally flattened by the removal of bruising. In another, the photograph was lightened so much that the suspect’s hair turned from brown to blond.

Despite this, the Minister for Public Order said that the editing was necessary to allow for the suspects to be recognized.

“The Greek authorities cannot just Photoshop their problems away. This culture of impunity needs to be stopped,” said Marczyński.

“There has to be an effective, thorough and impartial investigation into allegations of police torture. Such an investigation has to identify those responsible and they should promptly be brought to justice.”

Two of the four detainees are accused of being members of the armed group ‘Conspiracy of the Cells of Fire’.