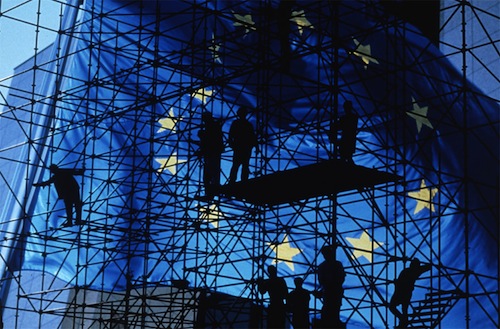 The latest EU Employment and Social Situation Quarterly review released yesterday by the European Commission shows that, after a moderate recovery during 2010 and early 2011, the European labour market contracted again in the second half of 2011. Since spring 2011 the number of unemployed has been steadily increasing. This new rise has added 1.6 million jobless, with the unemployment rate hitting a new high at 10.1 % in January 2012. All large Member States, including Germany, are now facing deteriorating labour market prospects, while divergence in performance remains high across Member States. This latest review takes a closer look at the labour markets and social situation in Greece, Denmark, Finland, France, Italy, Latvia and Romania. It also analyses the situation in the agricultural sector, extended to the agri-food industry.

The report describes a gloomy situation for the country. According to the report:

“Young people have been hit especially hard by the crisis. Youth unemployment ended at 45% in the third quarter of 2011 (48% in November 2011), twice as high as two years ago. Young people are also contributing especially heavily to the increase in long-term unemployment. In the third quarter of 2011, some 45% of the unemployed aged 15 to 24 were long-term unemployed, against 30% two years earlier.

Access to life-long learning is far below the EU average, for all age groups. Just 3% of the active population participated in education or training in 2010, compared with 9% at EU level. 7% of young adults between 25 and 34 participated in education or training, against 15% at EU level. At the other end of their active life, adults between 55 and 64 also show a very low participation rate: 0.5% against 4.5% for the EU.

Gross disposable household income decreased by 9.3% in 2010. Income losses have been far greater for the rich than for the poor in absolute terms. However, in relative terms (i.e. as a proportion of their income), lower-income groups suffered a significant loss of income. Households in the bottom quintile (i.e. the poorest 20% of the population) lost an estimated 9% of their income, compared with 11% for households in the top quintile.

The in-work poverty rate in Greece was the second highest in the EU in 2010. Besides low earnings, in-work poverty depends on the employment status of all members of the household and on the availability and adequacy of social transfers, including in-work benefits. The household work intensity (measuring the degree to which all members of the household realise their full labour market potential) in Greece is one of the lowest in the EU, essentially due to the lower labour market participation by women. Tax credits/rebates and benefits for low-wage workers are less common in Greece than in other Member States and are often much lower.”