Posted on: January 23rd, 2013 by Tina Michalitsis No Comments

Growing number of refugees flee the fighting in Mali 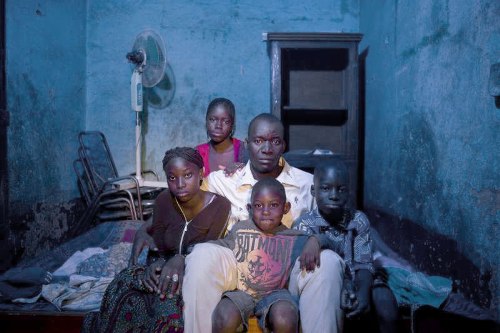 The United Nations refugee agency today reported that the number of people fleeing the fighting in Mali is increasing, amidst reports of growing food shortages.

“New arrivals continue to tell us they left their homes because of air strikes and fighting, as well as fears over the application of Sharia law; they also speak of increasing shortages of food and fuel, with traditional markets unable to operate,” a spokesperson for the Office of the UN High Commissioner for Refugees (UNHCR), Adrian Edwards, told a news briefing in Geneva.

“A lack of cereal is pushing breeders to either kill some of their animals as they have nothing else to eat, or to try to sell them. Some refugees are travelling by private car or by truck, while others have arrived from Mali on foot or by donkey,” he added. “Many newly arrived refugees are expecting additional members of their families to join them in the next days from Mali.”

Fighting between Malian Government forces and Tuareg rebels broke out in northern Mali last January, following which radical Islamists seized control of the area. The renewed clashes in the country’s north, as well as the proliferation of armed groups in the region, drought and political instability in the wake of a military coup d’état in March have uprooted hundreds of thousands of civilians over the course of the past year.

Including those displaced this month, some 147,000 Malians have found refuge in neighbouring countries since the crisis in Mali started in January last year, according to UNHCR. Inside the country, 229,000 people have been displaced – mainly from Kidal, Timbuktu, and Gao.

Over the past weekend, a United Nations team arrived in the capital, Bamako, to support the national authorities in their quest to restore Mali’s constitutional order and territorial integrity.

In his remarks to journalists, Edwards said that the immediate needs for the internally displaced, as well as for refugees, are water, food, shelter and medical care.

“Living conditions are particularly precarious for the internally displaced who are in dire need of food, but also need help with education, health, lodging as well as schooling for young children,” the spokesperson said. “UNHCR and our partners are working to address the situation through income-generating activities in Bamako – currently, humanitarian access to other areas of Mali is severely restricted by the security situation.”

More than 4,200 Malian refugees have arrived in Mauritania since 11 January. After being registered, they are being transported further inland to the Mbera refugee camp, which is already hosting 55,221 people from earlier displacements.

In Niger, there are now 1,300 new refugees, Edwards said, adding that during the same period, Burkina Faso received 1,829 new refugees – mainly ethnic Tuaregs and Songhai from the regions of Gossi, Timbuktu, Gao and Bambara Maoude.

Edwards said that between October last year and today, UNHCR has relocated 4,737 refugees from the border of Burkina Faso, and that, in total, the African country is hosting 38,776 Malian refugees.