Posted on: May 13th, 2012 by AlYunaniya Staff No Comments 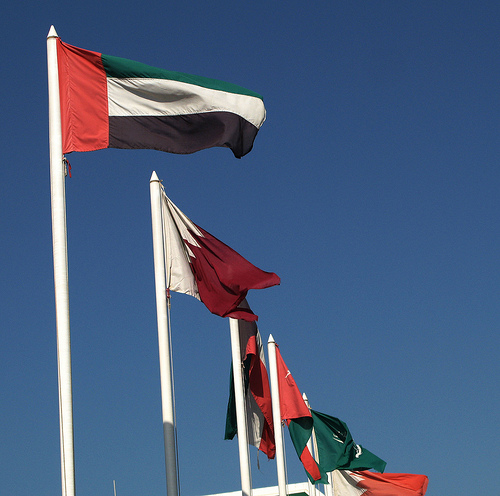 Gulf leaders are set to meet on Monday in Riyadh to discuss a Saudi proposal backed by Bahrain for a closer political union that could begin with Saudi Arabia and Bahrain, according to the Bahraini information minister.

The idea of the Gulf Council Cooperation (GCC) to advance their entity into a union and replace what exists now as simply a cooperative was first proposed by Saudi Arabia in December.

Bahrain’s information information, Samira Rajab, revealed that a Saudi proposal to evolve the GCC into a union will be on the agenda of the Riyadh meeting, adding that the idea backed by Bahrain could start with two or three members, she told AFP.

“It could follow the “European Union model,” she added.

A united Gulf is the great dream of GCC people and this will enable all to live in security, peace, prosperity and stability, accoridng to  Bahrain’s Prime Minister yesterday.

Bahrain led by  a Sunni dynasty,  was hit last year by a wave of protests inspired by the Arab Spring and led by its Shiite majority.

The Gulf Council Cooperation (GCC), which includes Saudi Arabia, Bahrain, Kuwait, Oman, Qatar and the UAE was formed in 1981 by Sunni-dominated monarchies aimed to boost security after the 1979 Islamic revolution in Iran and its war with Iraq.

Riyadh argues that evolving the GCC into a union has economic potential.   Such a union would turn the oil-rich GCC into a “solid economic bloc,” said the Saudi foreign minister, as the combined economic output of the group hit $1,400 billion in 2011, according to Al Arabiya.

But the GCC continues to face obstacles preventing the group from reaching goals set at its launch as only four members Bahrain, Kuwait, Qatar and Saudi Arabia have signed a monetary council agreement in their bid to launch a single currency initially set up for 2010.