Posted on: October 29th, 2012 by AlYunaniya Staff No Comments

Hajj 2012 most successful despite huge number of illegal pilgrims 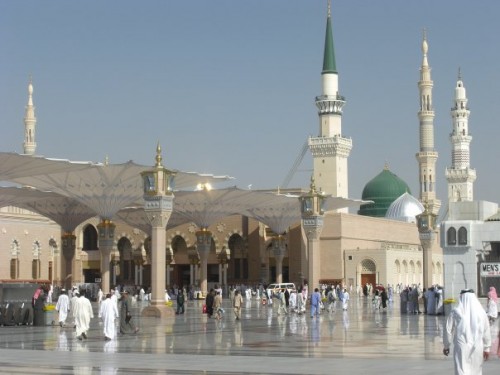 Hajj 2012 was one of the most successful Muslim pilgrimage seasons despite the huge number of illegal pilgrims, Saudi Prince Khalid al-Faisal, Governor of Mecca Region and Chairman of Central Hajj Committee said on Sunday.

“Everything went very well,” Mecca governor Prince Khaled al-Faisal told reporters on Sunday, adding that this year’s pilgrimage was “the most successful hajj season ever.”

Muslim pilgrims,who officially number 3.1 million, completed their final hajj rituals in the Saudi city of Mecca on Monday, as the annual pilgrimage ended without any major incidents.

In a press conference held in Mecca, the prince congratulated the pilgrims whose number ranged this year between 3.16 to 3.65 millions, blaming the inaccuracy on the enormous number of unregistered pilgrims, according to Saudi Gazette.

There were between 1,300,000-1,400,000 pilgrims with no Hajj permits this year and they used services they were not entitled to, the Emir said, adding that this huge number of unregistered pilgrims has caused many problems for the hajj organizing committee.

Each able-bodied Muslim is required to make the hajj once in a lifetime, as it is one of Islam’s five pillars.

AFP citing officials said about 120,000 police were deployed throughout the five-day pilgrimage, along with an equal number of health and sanitation employees.

Though marred in the past by deadly incidents including floods, stampedes and fires, the hajj has become nearly incident-free in recent years because of multi-billion dollar projects.

The Emir ended his speech saying that the real message the Kingdom wants to present through Hajj is the fact that Islam is the religion of peace, love, and coexistence blaming     international media for not focusing on the great message of Hajj.