Posted on: February 18th, 2013 by Tina Michalitsis No Comments 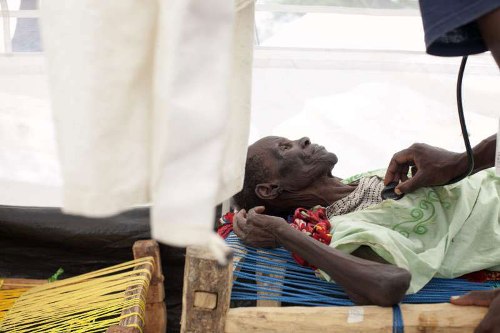 The United Nations refugee agency said  that it is seeing a large number of Hepatitis E cases in refugee camps in South Sudan, with over 6,000 cases – and 111 deaths – since July.

The largest number of cases and suspected cases, almost 70 per cent, is in the Yusuf Batil camp in Upper Nile state which holds 37,229 refugees, according to the Office of the UN High Commissioner for Refugees (UNHCR).

Other camps in Upper Nile state – Jamam, Gendrassa and Doro – have recorded nearly 2,000 cases and 30 deaths. Further west, in Unity state, 125 cases or suspected cases and four deaths have been recorded at the Yida site, which, with a population of 65,541 people, holds the largest number of refugees in South Sudan.

“The majority of refugees in camps where the disease is most widespread are from Blue Nile state, an isolated rural area in Sudan where there are few established toilet facilities and uncontaminated water is not readily available,” said UNHCR spokesperson Adrian Edwards.

“UNHCR believes the growth in the population due to the refugee influx from Blue Nile could be one of the factors in the rapid spread of the disease,” he told reporters in Geneva.

The risk of being infected with Hepatitis E – for which there is no treatment or vaccine approved by the World Health Organization (WHO) – can be dramatically reduced by washing hands with soap, especially after using the toilet, drinking clean water, using latrines, and avoiding eating uncooked fruits and vegetables. Hepatitis E is a virus that damages the liver, and is transmitted by consuming contaminated food or water.

UNHCR said emergency measures are being taken to curb the increase, with about 70 per cent of the 701 latrines under construction in Yusuf Batil completed and the remainder expected to be operating by this weekend. In the Doro Camp region, 65 per cent of the 323 latrines being built in the most affected areas around the Jumjum and Ingasana villages have been completed so far. Soap distributions are also being carried out, in addition to enhanced disease surveillance and water chlorination.

There are currently 112,981 Sudanese refugees in South Sudan’s Upper Nile and Unity states, according to UNHCR.