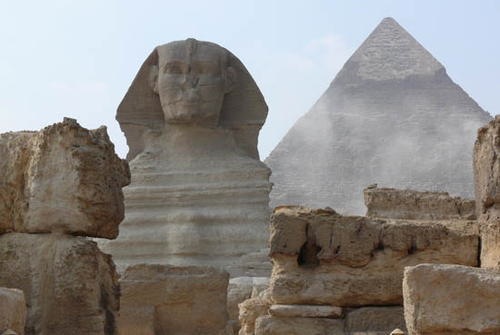 A historic opera house in Germany, a border town and its fortifications in Portugal, and eight interconnected lakes in Chad are some of the sites that have been added to the World Heritage List of the United Nations Educational, Scientific and Cultural Organization (UNESCO).

The Margravial Opera House Bayreuth in Germany, which was built in the eighteenth century, is considered a masterpiece of Baroque theatre architecture. According to a news release issued by UNESCO, it is the only entirely preserved example of its type where an audience of 500 can experience Baroque court opera culture and acoustics authentically, as its auditorium retains its original materials.

The border town of Elvas and its fortifications in Portugal, was also added to the list, as the site represents the largest bulwarked dry ditch system in the world. While Elvas contains remains dating back to the 10th century, its fortification began when Portugal regained independence in 1640. The fortifications designed by DutchJesuit Padre João Piscásio Cosmander represent the best surviving example of the Dutch school of fortifications anywhere.

Another addition to the list over the weekend were the Lakes of Ounianga in Chad, which are 18 interconnected lakes in the arid Ennedi region of the Sahara Desert covering an area of 62,808 hectares. The saline and freshwater lakes are home to diverse fauna and microorganisms.

Other inscriptions to the list this year include a pearling site in Bahrain, an ancient mosque and a 53-metre high tomb in Iran, Masjed-e Jāmé of Isfahan and Gonbad-e Qābus , respectively, and Lenggog Valley, an archeological site in Malaysia.

Natural sites such as the landscape of Grand Pré in Canada, the Carioca Landscapes between the Mountain and the Sea in Rio de Janeiro, Brazil, and the Neolithic Site of Çatalhöyük in Turkey, which is formed by two hills and contains 18 levels of Neolithic occupation between 7,400 and 6,200 B.C., including wall paintings, reliefs, sculptures and other symbolic, and artistic features.

In addition, the Western Ghats mountain chain in India was also added to the list. The chain’s forests, which are older than the Himalaya mountains influence the Indian monsoon weather pattern. The site is recognized as one of the world’s eight “hottest hotspots” of biological diversity.

Three mining sites also made the list. The Almadén and Idrija property in Slovenia and Spain where mercury has been extracted since it was first found in 1490, the Nord-Pas de Calais Mining Basin in France where coal extraction has occurred for over three centuries, and the mining sites of Walonia in Belgium.

Other additions include the Sangha Trinational parks in Cameroon and the Central African Republic (CAR), 750,000 hectares which are mostly unaffected by human activity, the Chenjiang fossil site in the Yunnan province in China, and the decorated farmhouses of Hälsingland in Sweden, which date back to the Middle Ages.