Posted on: September 1st, 2012 by Julie Jalloul No Comments

HRW calls for moratorium on Iraq’s use of death penalty 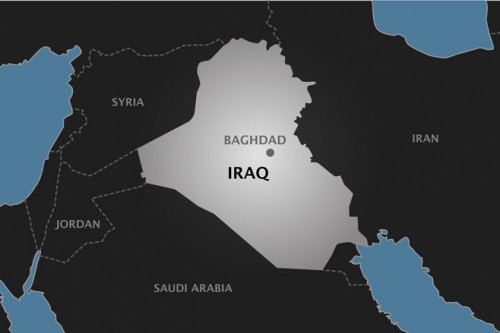 Human Rights Watch called Friday for Iraq to issue a moratorium on its use of the death penalty after Iraq carried out at least 26 executions in August, providing few details about the identity of those executed or the charges against them. The Justice Ministry has announced 96 executions so far in 2012.

Those executed included one Saudi and one Syrian citizen and three women. Authorities said that all had been convicted on charges “related to terrorism,” but provided little information about what crimes they had committed.

“There is no doubt that Iraq still has a serious terrorism problem, but it also has a huge problem with torture and unfair trials,” said Joe Stork, deputy Middle East director at Human Rights Watch. “The lack of transparency around these convictions and executions, in a country where confessions that may have been coerced are often the only evidence against a person, makes it crucial for Iraq to declare an immediate moratorium on all executions.”

Human Rights Watch said it opposes the death penalty in all circumstances because it is unique in its cruelty and finality, and is plagued with arbitrariness, prejudice, and error.

Iraqi authorities rarely announce executions beforehand and have not made public the total number of executions in a given year, Human Rights Watch said.

According to the United Nations, more than 1,200 people are believed to have been sentenced to death in Iraq since 2004. The number of prisoners executed during that period has not been revealed publicly. Iraqi law authorizes the death penalty for close to 50 crimes, including terrorism, kidnapping, and murder, but also including such offenses as damage to public property.

“The government should disclose the identities, locations, and status of all prisoners on death row, the crimes for which they have been convicted, the evidence supporting their conviction, and details of any impending executions,” Stork said.

International human rights law requires that where the death penalty has not been abolished, it should be imposed only in cases for the most serious crimes and after scrupulous adherence tointernational fair trial standards, including the rights of the defendant to competent defense counsel, to be presumed innocent until proven guilty, and not to be compelled to confess guilt.

Criminal trials in Iraq often violate these minimum guarantees, Human Rights Watch said. Many defendants are unable to pursue a meaningful defense or to challenge evidence against them, and lengthy pretrial detention without judicial review is common.