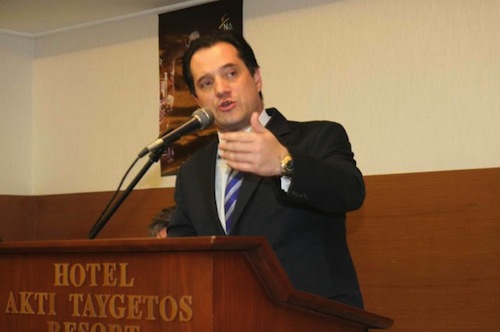 The Greek government should repeal a regulation that has been used to justify forced HIV testing, Human Rights Watch (HRW) said in a statement.

On June 26, 2013, the day after he was appointed, Health Minister Adonis Georgiadis brought back into force a regulation on the transmission of infectious diseases. The regulation, which was made public on July 1, 2013, was first introduced in April 2012 by Andreas Loverdos, the health minister at the time, but repealed in April 2013. During the year it was in force, the police used the regulation to detain people, especially those suspected of being sex workers, drug users, or undocumented migrants, for forced testing for HIV or other infectious diseases.

“It’s deeply worrying that it took the new health minister only one day to bring back a regulation that violated human rights and stigmatized vulnerable groups, and that proved counterproductive to protecting public health,” said Judith Sunderland, senior Western Europe researcher at Human Rights Watch. “If the government is serious about addressing HIV and other infectious diseases, it should focus on access to health care and public information.”

Health Regulation No. GY/39A “Amendments That Concern the Restriction of the Transmission of Infectious Diseases,” states that mandatory health examinations will be required, as well as isolation and compulsory treatment, for diseases of public health importance. The regulation includes a long list of such diseases, including influenza, tuberculosis, malaria, polio, syphilis, hepatitis, and other sexually transmitted infections, including HIV.

However, the regulation specifies certain groups as a priority for testing, including people who use intravenous drugs and sex workers, undocumented migrants coming from countries where such diseases are endemic, and people living in conditions that do not meet “minimum standards” of hygiene, including the homeless, according to HRW, adding that the regulation also states that the government will respect international human rights conventions and protocols, which very strictly limit the use of mandatory testing, isolation, and compulsory treatment.

“The regulation does not specify how the mandatory testing will be carried out.It gives police the authority to assistin enforcing isolation, restriction quarantine, hospitalization,and treatment. Forcible testing is a violation of bodily integrity and autonomy. Although detention on public health grounds is permitted in certain circumstances, people should not be detained solely to conduct forced medical procedures, including testing for HIV,” HRW said.

The initial introduction of the regulation in April 2012 resulted in the roundup of dozens of women alleged to be sex workers, who were then forced to take HIV tests. Those found to be HIV positive were arrested and charged with causing intentional grievous bodily harm, a felony, or attempted bodily harm, for allegedly having unprotected sex with customers while HIV positive.

The police and media outlets published and broadcast the women’s personal data, photographs, and information from their medical records of their HIV-positive status. Many of the women arrested during the 2012 crackdown were detained pending trial for months before they were finally acquitted by the courts, who found no strong evidence for the charges. The final five were released in March 2013 from pretrial detention after being acquitted.

In May 2012, Human Rights Watch, Positive Voice – Greek Association of People Living with HIV, and the European AIDS Treatment Group, wrote a joint letter to the UN special rapporteur on health about abusive practices in Greece with respect to public health. The issues included the arrest, criminal prosecution, and compulsory HIV testing of sex workers, and the separate law still in force that provides for the administrative detention and compulsory medical testing of migrants and asylum seekers based on their health condition.

Independent organizations in Greece have told Human Rights Watch that the 2012 arrests and public health regulations have deterred people at risk of HIV from seeking testing and services. In a joint report published in January, the European Centre for Disease Prevention and Control and the Fundamental Rights Agency of the European Union urged Greece to investigate thoroughly and promptly the actions taken against migrants, intravenous drug users, and alleged sex workers with respect to forced HIV testing and publication of personal data. The report said Greece should always consider and mediate to avoid potential negative public health consequences in future policy formulation directed at populations vulnerable to HIV, such as irregular immigrants, intravenous drug users, or sex workers.

“The decision by Minister Adonis Georgiadis to reimpose the regulation used for forced HIV testing is a big step backward for human rights and public health,” Sunderland said. “Addressing infectious diseases such as HIV, hepatitis, and tuberculosis requires investing in health services, not calling the police.”