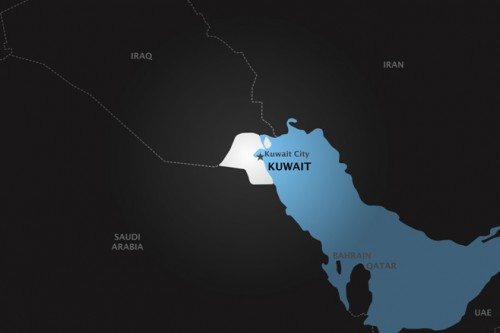 Kuwait’s authorities should revoke a ministerial order to ban all demonstrations because it denies the right to peaceful assembly, Human Rights Watch said in a report today.

Since October security forces have used teargas and stun grenades to disperse at least three large rallies protesting an effort by the country’s ruler to amend the country’s electoral law in a way that might reduce opposition representation in parliament.

Opposition groups – consisting of Islamists, liberals, and nationalists – have called for another gathering in al-Erada Square in front of the National Assembly building in Kuwait City on November 11, marking the 50th anniversary of the country’s constitution.

“The right to peaceful assembly is enshrined in the constitution Kuwaitis will be celebrating,” said Joe Stork, deputy Middle East director at Human Rights Watch. “Authorities should lift the ban and permit people to express their views.”

Some of the rallies brought out tens of thousands of protesters, such as a “March of Dignity” on October 20 – the largest in the country’s history. The Interior Ministry justified the use of force to disperse protesters, saying that they “rioted and used violence,” “threw stones at police forces,” and “blocked traffic.” At the October 20 event, dozens of people were injured, according to news reports, including at least 11 policemen, according to the Interior Ministry.

However accounts from Kuwaiti human rights activists and videos examined by Human Rights Watch indicate that the demonstrations have been largely peaceful. In any event the use of violence by some protesters would not justify as drastic a step as the prohibition of all demonstrations. Restrictions on the right to peaceful assembly must be proportionate, Human Rights Watch said.

Sheikh Sabah al-Ahmad al-Sabah, Kuwait’s emir, issued the decree to amend the electoral law on October 19. The next day, the Interior Ministry warned that it would “absolutely not allow” sit-ins, gatherings, and marches regardless of how long they will last except within a designated area near the National Assembly building in Kuwait City.

The political upheaval in Kuwait began on June 18, when the ruler suspended the parliament that had been elected in February for a month following growing tensions between the legislature and the government. On June 20, the constitutional court voided the February elections and reinstated the previous parliament, elected in 2009, which included more government supporters.

In August the government petitioned the court to allow it to amend the electoral law to reduce the number of people for whom each eligible voter can cast a vote from four to one in parliamentary elections. Opposition groups strongly oppose such a change which they have described as an attempt to reduce the opposition presence in future parliaments. The groups say that the next elected parliament should make any needed changes to the law.

On September 25 the constitutional court rejected the government’s request. On October 7 the emir dissolved the reinstated 2009 parliament and set December 1 to elect a new parliament. Then on October 19, he changed the electoral law by decree.

Kuwait ratified the International Covenant on Civil and Political Rights (ICCPR) in 1996. Article 21 of the ICCPR states that “the right of peaceful assembly shall be recognized,” and that “no restrictions may be placed on the exercise of this right other than those imposed in conformity with the law and which are necessary in a democratic society in the interests of national security or public safety, public order, the protection of public health or morals or the protection of the rights and freedoms of others.”

“The government has an obligation to respect the right to gather peacefully regardless of whether demonstrators support or oppose its policies,” Stork said. “If force is required to quell violence by protesters it should be the absolute minimum necessary to protect lives and property.”