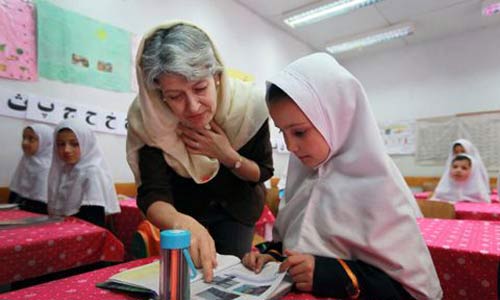 Education is not against any religion, the head of the United Nations educational and cultural agency told Afghan authorities and families during a visit to the country to promote learning for women and girls, and to highlight the importance of Afghan cultural heritage as a vital economic asset.

“Providing education to girls and women is not against religious beliefs,” said Director General of the United Nations Education, Scientific and Cultural Organization (UNESCO), Irina Bokova, wrapping up a three-day visit to the country. “It enhances their opportunities to contribute to the development of their societies, to feel an integral part of them, and to benefit their families.”

In the capital, Kabul, Ms. Bokova visited the Ayesha-e-Durrani High School, named after the first Afghan women to open a school for local girls. Shuttered and damaged just a decade ago, today 1,600 students are enrolled in the school which includes computer and science laboratories.

“Here in this school I see the results of our work,” said Mrs. Bokova. “I have come here with a strong message of support. You are a country of ancient traditions and young talent.”

Despite positive changes in the education sector, three million Afghan children remain out of school. Of these, 70 per cent of these are girls, according to the latest figures cited by the UN Assistance Mission in Afghanistan (UNAMA).

During a meeting with President Hamid Karzai and other senior officials, Ms. Bokova praised the Government for promoting girls’ education and enhancing literacy in the country and reiterated UNESCO’s continued support on such issues.

She also noted that while difficult to change mindsets and traditional, Afghan women need to be given assurances that they are full members of society.

Before returning to Paris today, Mrs. Bokova met with students and workers in Afghanistan’s cultural sector, and toured the country’s rebuilt National Museum.

UNESCO has been working with the museum, whose curators preserved some archaeological pieces by hiding them during decades of war, to create programmes that showcase Afghanistan’s vast and unique cultural legacy. Recently some important historical sites have come under threat from mining interests and the Director General urged authorities to step up their efforts to preserve the country’s heritage.