Posted on: June 11th, 2013 by AlYunaniya Staff No Comments 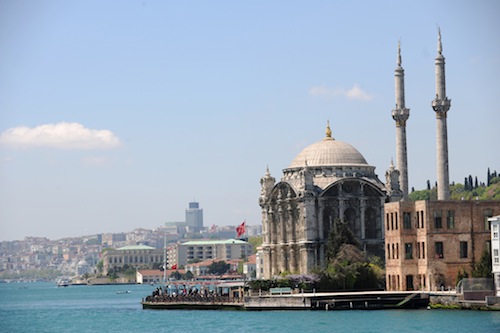 Protests in Turkey are likely to continue to escalate unless authorities engage in meaningful discussions with activists, Amnesty International said after riot police this morning once again used tear gas and water cannon against peaceful protesters in Istanbul’s Taksim Square and Gezi Park.

The further police action against demonstrators contradicted statements by the Governor of Istanbul this morning that they would not intervene in the park.

Activists have been protesting against the construction of a shopping centre in Gezi Park adjacent to the square, which is one of downtown Istanbul’s last green spaces.

In a statement to media, Istanbul’s Governor Hüseyin Avni Mutlu said the intervention in Taksim Square was being carried out to remove banners from the Atatürk statue and the Atatürk Culture Centre on the square and that the police would not intervene in Gezi Park.

“The protests in Taksim Square and Gezi Park have been entirely peaceful and have a right to continue. Intervention by the authorities should only be carried out for legitimate reasons – wanting to have a few banners taken down is, simply, not adequate justification,” said Andrew Gardner, Turkey researcher at Amnesty International who is currently in Istanbul.

“When we met with the Governor this afternoon, he continued to insist that the police were using appropriate force in pursuit of legitimate goals. Neither of these claims is consistent with the reality on the ground.”

Amnesty International has also learned that some 72 lawyers were arrested at around 12 noon local time as they gathered to make a statement about the situation in Gezi Park at the Çağlayan Courthouse. They were initially held at the courthouse and then subsequently taken to Vatan Street police station.

Since protests began In Istanbul and across Turkey around two weeks ago, thousands of peaceful protesters have been reported injured as a result of police interventions. Up to three people have reportedly died in the course of the protests: one as a result of the excessive use of force and two, including one police officer, following accidents.

The Istanbul Medical Association revealed that there were more casualties as a result of today’s police assault on protesters. These included nine people injured by plastic bullets, several broken limbs, a number of cases of head and chest trauma and one fractured skull.

The Turkish authorities have, so far, failed to investigate any of the reports of abuse and no one has been brought to justice.

“Instead of continuing to repress peaceful activists, the Turkish authorities should start to look at the actions of their own police and bring to justice those responsible for the shocking abuse we have seen over the past two weeks,” said Gardner.