Posted on: January 25th, 2013 by Tina Michalitsis No Comments 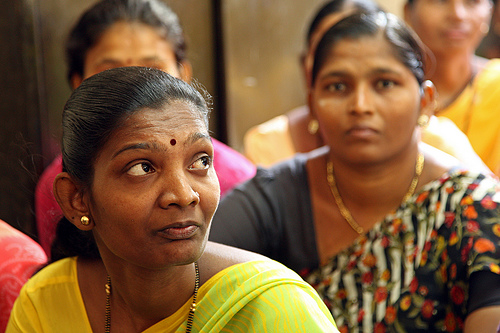 A new report proposing ways to tackle violence against women in India represents a groundbreaking basis for action, the United Nations human rights chief said today, urging the Government to follow through with its recommendations.

The report was produced by the Verma Committee, which was named after former Chief Justice Jagdish Sharan Verma and set up in the wake of the death of a 23-year-old woman whose gang-rape in New Delhi last month sparked nationwide protests.

“This report and its far-reaching recommendations are not only a tribute to the brave young woman who was raped and murdered five weeks ago, but to all victims of sexual violence and assault in India,” said UN High Commissioner for Human Rights Navi Pillay.

“It is also a testament to the power of the young women and men of India, and the broader civil society, who have joined hands across the nation to say ‘Enough is Enough’.”

Pillay saluted Justice Verma and the Committee on producing a thorough report so quickly, and for involving women’s groups and civil society so fully in the process.

The report recommends a number of far-reaching changes, including punishment for marital rape, domestic rape and rape in same-sex relationships; requiring police officers to register every case of reported rape and ensuring that those who fail to do so face serious repercussions; ensuring accountability of police or armed forces personnel for sexual violence; and punishing offences such as stalking and voyeurism with prison terms.

Pillay praised the report for eschewing the death penalty and any lowering of the age of juvenile perpetrators, opting instead for heavy prison sentences ranging from seven years to life imprisonment.

The report also calls for a change in the way rape victims are treated by changing the humiliating protocol for medical examinations they experience; cracking down on extra-legal village councils, known as khap panchayats, which often issue edicts against women; implementing measures to improve sexuality education in schools and the community; and making new legal requirements and electoral reforms to ensure that people charged with criminal offences may not hold political office.

“The Committee’s recommendations are grounded in a framework of rights, equality and non-discrimination, and represent a paradigm shift towards recognition of women as holders of rights, not just objects of protection,” Pillay said. “The report should serve as a beacon for many other countries struggling to respect the rights of women more comprehensively by addressing sexual violence through legislation, policies and programmes.”

Pillay acknowledged some steps already taken by the Government, including the establishment of fast-track courts, and urged all political leaders of the country to rally around the Verma report and make it a national priority to execute its recommendations. She also reiterated her office’s readiness to assist in any aspect of the report’s implementation.