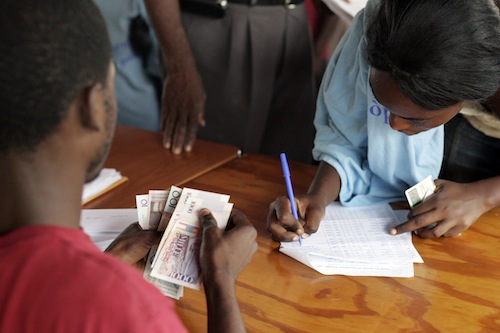 International migration fell for the third consecutive year in 2010 but started picking up again in 2011, according to a new OECD report.

The 2012 International Migration Outlook says that permanent migration into OECD countries fell by about 2.5% in 2010 from the previous year, to 4.1 million people.

Migration to the United States fell by 8% in 2010. It dropped by 3% to European OECD countries – excluding intra-European movements – and rose by more than 10% to Canada, Korea and Mexico. Recent national data suggest that migration picked up in 2011 in the United States, Australia, New Zealand and in most European OECD countries, with the exception of Italy, Spain and Sweden.

“Labour market developments and migration flows are closely linked. The decline in labour demand has been the driving force behind the fall in migration during the crisis, not restrictions imposed by migration policies, as our 2012 Migration Outlook shows,” said OECD Secretary General Angel Gurría, presenting the report in Brussels, with EU Commissioner for Employment, Social Affairs & Inclusion László Andor and EU Commissioner for Home Affairs Cecilia Malmström.

“Countries should therefore pay more attention to their long-term labour market needs, focus on skills and devise policies for the integration of migrants, particularly the young, whose competencies will be needed as the global economy recovers,” he added.

The jobs crisis is putting more immigrants at risk of marginalisation. Between 2008 and 2011, the number of youth not in employment, education or training, so-called NEETs, rose sharply among migrants, the OECD said.

Young immigrants have also ended up in part-time and temporary employment more often than native-born youth or adult immigrants in many OECD countries. Long-term unemployment has increased significantly among immigrants, notably in Europe.

Over the past decade, new immigrants accounted for 70% of the increase in the labour force in Europe, and 47% in the US. This positive role of migration in maintaining the size of the labour force in many countries is expected to become more important as more baby-boomers retire. By 2015, immigration – at the current level – will not be sufficient to maintain the working age population in many OECD countries, especially in the EU.

The share of migrants from Asia among immigrants to OECD countries rose from 27% in 2000 to 31% in 2010, with China alone accounting for about 10%. China and India between them also account for 25% of international students in OECD countries. In the long-term, as Asia develops and offers more attractive jobs locally and itself attracts more skilled workers from abroad, OECD countries will be less able to rely on this steady stream of skilled workers.