Posted on: February 7th, 2012 by AlYunaniya Staff No Comments

Is the UN powerless to end the crisis in Syria? 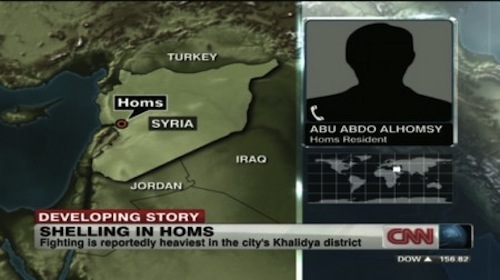 The UN resolution supporting an Arab League peace plan was the most determined effort so far by the Security Council to try and respond to the crisis in Syria. Despite that, President Bashar al Assad had nothing to fear as no resolution could possibly make it through the Russian and Chinese barriers, where any move against their will or interest is smashed with a hammer called veto. The Security Council vote on Saturday which has sparked an international outcry came just hours after one of the bloodiest days of the uprising in Syria took place, as Bashar al Assad’s security forces launched a weaponry assault on the city of Homs that has reportedly left hundreds of dead according to AlJazeera. Is the UN powerless to end the crisis in Syria? Has the UN once more been prevented from acting by the tacit alignment of superpowers through their use of the veto?

This brings on the table the ongoing debate of the veto power and whether it should cease to exist. The most clear-cut response to that debate is that it is completely academic. Revising the UN Charter requires that such decision will have to win the approval of the veto-wielding permanent members and asking them to voluntarily give up some of their privileges. This will certainly not happen. So the reality is one: The veto is here to stay.

Ever since the establishment of the UN, year after year, the veto-wielding members, and in particular, China, the United States and Russia, have not failed to use, misuse or waste their Security Council power, allowing powerful nations to shape international peace and security. But by far, the worst offenders among the five are the United States (usually for resolutions against Israel) and China.

The UN has certainly failed to endorse its responsibility to protect Syria. “Action to stop Crimes Against Humanity should not be held prisoner to sectional political interests and convenient alliances. This veto will cost lives in Syria,” said Dr Simon Adams, Executive Director of the Global Centre for the Responsibility to Protect.

The responsibility to protect is to some degree a statement of the evident. It is the duty of a government is to protect its citizens from genocide, war crimes, ethnic cleansing and crimes against humanity. But the importance of this principle is that the United Nations agreed in 2005 that the international community has to acknowledge its own responsibility to protect when a government is unable or unwilling to protect its people. This means that decisions on military intervention now have to be taken with recognition that the international community cannot now avoid taking blame by simply laying back and watching.

Violence in Syria has reached a level that’s impossible to ignore and arguments for why the so called Responsibility to Protect doctrine does not apply in the country but does apply in other cases like Libya are wearing thin. And it is much better to be done legally with regional backing than if it is done unilaterally by NATO, as in the case of Kosovo or in the case of the U.K and U.S in Iraq. Since the United Nations has accepted the responsibility to protect, the buck must stop here. Someone, somewhere must be willing to take action to stop and punish atrocities against civilians.