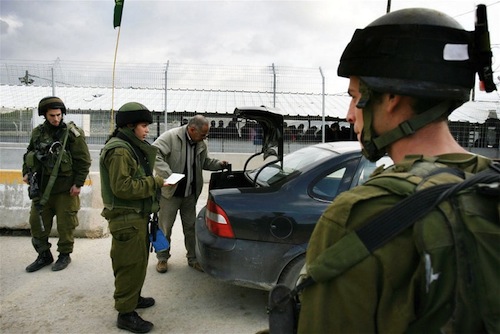 Israel’s High Court of Justice on July 9, 2013, dismissed a petition calling for a ban on the Israeli military’s use of white phosphorus munitions in populated areas, Human Rights Watch (HRW) has said.

At a previous hearing, the state attorney told the court that the military would pledge not to use white phosphorus in populated areas “for the time being,” with two “very narrow exceptions” that it would not make public for unspecified security reasons. The state attorney shared information about the exceptions with the court during a hearing from which the petitioners were excluded. In her ruling, Justice Edna Arbel accepted the state’s pledge and rejected the petition as unnecessary, and said she was “convinced” that the secret exceptions were “very limited” and that it is “doubtful if they would have any practical implications.”

The seven-paragraph ruling requires the military to notify the petitioners, including 117 Israeli citizens and human rights organizations, in the event the policy changes. The court also ordered the military to conduct a “comprehensive check” concerning its policies on the use of white phosphorus, but did not set a time limit for the check, or require that any results be made public.

“The military’s pledge to limit the use of white phosphorus is a positive step, but it shouldn’t be hedged with secret exceptions,” said Joe Stork, acting Middle East director at Human Rights Watch. “And Israel’s highest court missed a chance to clarify as a matter of law, not just policy, that the military shouldn’t be using airburst white phosphorus munitions in populated areas.”

The court rejected the state’s position that the court could not review the military’s selection of means of warfare, which can be a crucial element in a war crimes case, although it limited its review to “exceptional special cases,” Human Rights Watch said. The ruling urged the military to use alternatives to white phosphorus munitions “whenever possible.”

White phosphorus generates a dense white smoke and ignites on contact with oxygen. It is considered an incendiary rather than a chemical munition, and is not banned by international treaty. However, the use in populated areas of white phosphorus munitions, which spread burning toxic substance over large areas, violates the prohibition against attacks that cannot discriminate between civilians and combatants, Human Rights Watch said.

White phosphorus munitions are generally designed to serve as smokescreens and to illuminate targets, but they are harmful, regardless of their intended purpose. Human Rights Watch has been working to strengthen Protocol III of the 1980 Convention on Conventional Weapons by urging states parties to prohibit the use of all incendiary weapons in civilian areas, while working toward a complete ban. Israel has joined the Convention on Conventional Weapons, but has not ratified the protocol on incendiary weapons.