Israel should reconsider bill that would displace Bedouins; UN 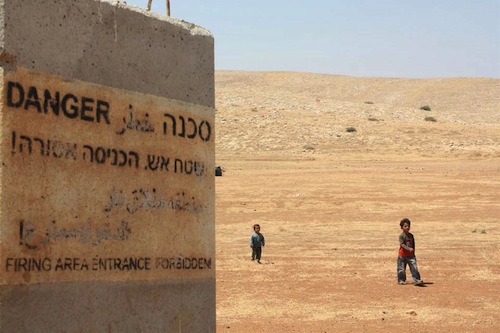 The United Nations human rights chief  urged Israel to reconsider a proposed law that would result in the demolition of up to 35 Bedouin villages, displacing as many as 40,000 members of these communities from their ancestral homes.

“As citizens of Israel, the Arab Bedouins are entitled to the same rights to property, housing and public services as any other group in Israel,” said High Commissioner for Human Rights Navi Pillay. “The Government must recognize and respect the specific rights of its Bedouin communities, including recognition of Bedouin land ownership claims.”

The first reading of the proposed bill, known as the Prawer-Begin Bill, passed by a narrow margin in the Knesset on 24 June, and is expected to go through the second and third readings before the end of July, according to a news release issued by the High Commissioner’s office (OHCHR).

Pillay said she was “alarmed” that the bill seeks to legitimize the forced displacement and dispossession of indigenous Bedouin communities in the Negev desert in southern Israel, without recognizing that they traditionally owned land titles in the region.

Instead, the bill offers Bedouins limited compensation on the condition that they move to one of the seven officially recognized urban Bedouin townships the Government has created.

“If this bill becomes law, it will accelerate the demolition of entire Bedouin communities, forcing them to give up their homes, denying them their rights to land ownership, and decimating their traditional cultural and social life in the name of development,” Pillay said.

The High Commissioner also pointed out that the 2008 Goldberg Commission set up by the Israeli Government recognized that the Negev Bedouins must be viewed as equal citizens with historic ties to the land, and that they were legitimate residents of the Negev.

“Respect for the legitimate rights of minorities is a fundamental tenet of democracy,” she said, adding that it was regrettable that the Government continues to actively pursue a discriminatory policy against its own Arab citizens.

Pillay added that a reconsideration of the bill must involve a genuinely consultative and participatory process that involves all representatives of Bedouin communities in the Negev.