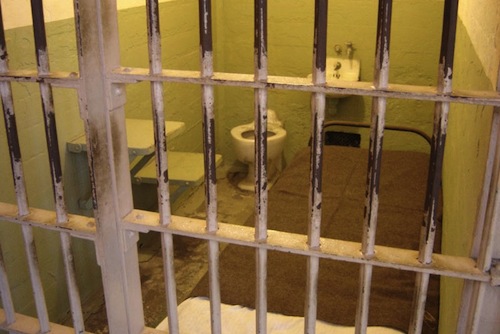 Israel will deport Palestinian prisoner Ayman Sharawna, who has been on hunger strike since July, to the Gaza Strip on Sunday.

After more than eight months on hunger strike, Sharawna signed an agreement to be deported to Gaza for 10 years on Sunday, news agency Maan reported, adding that he would arrive to Gaza in a few hours.

The Palestinian Authority’s Minister of Prisoners’ Affairs, Issa Qaraqei, earlier on sunday refused to cooperate with the Israelis in the deportation of prisoners saying it was political blackmail.

Sharawna served ten years in Israeli prisons, before he was released in a prisoner exchange deal on 18 October 2011, in which 477 prisoners were released in exchange for the release of IOF soldier Gilad Shalit, who was captured by Hamas. Most of released prisoners had been convicted with long sentences.

On 31 January 2012, Ayman was again arrested without charge or trial, based on a “secret administrative file” which states that he breached the terms of the exchange deal.

In response to the arrest, Ayman announced an open hunger strike on 1 July 2012, demanding his immediate release.

After one month on hunger strike, Ayman was transferred to Ramleh Prison Hospital due to the rapid deterioration of his health.

Ayman is married with 9 children, and during his nearly 10 year imprisonment, he was denied visits from his family, according to Prisoner support and Human Rights Association Addameer.

At the end of Jan. 2013, some 4,593 Palestinian security detainees and prisoners were held in Israeli prisons, according to Addameer.