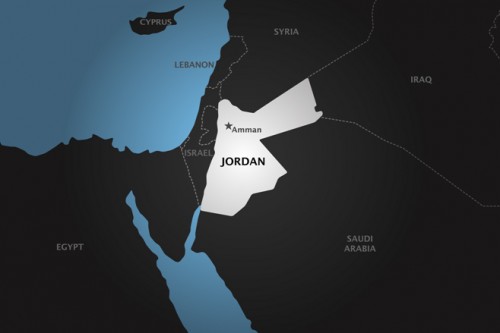 Jordanian authorities should immediately charge or release five Al al-Bayt university students detained since March 12, 2013, after other students alleged they had desecrated a Quran and engaged in “devil worship” .

Authorities should also investigate reported remarks, including by a well-known Salafi shaikh, advocating the students’ deaths and prosecute anyone whose language amounted to direct incitement to murder, he added.

Other students had alleged the five detainees had “desecrated a Quran” or engaged in “devil worship” but no evidence of criminal behavior has been presented to the detained students, relatives told Human Rights Watch.

The sister of one of the five students told Human Rights Watch that a group of about 200 other students violently attacked her sister and four male students on the university campus following a rumor that some students had ripped and burned a Quran manuscript while performing a “religious ritual” in a campus bathroom.

She said the attackers appeared to have targeted the five students because they frequently dress in black and are rock music devotees.

Campus officials and student activists managed to pull the five students to safety, but local authorities then detained them and later handed them over to the security services. All five deny any involvement in the alleged Quran desecration.

The al-Ra’i newspaper reported that the president of Al al-Bayt University told a parliamentary committee on March 17 that he had established a special committee to investigate the rumored desecration incident after students claimed that they had witnessed the five “throwing manuscripts of the Quran in the toilets.” The head of the investigative committee later told the Khabarni news website, however, that the committee had found no evidence implicating the five students in desecrating the Quran and that none of the statements against them had been based on first-hand evidence. He said that it might be difficult for the five students to return to the university due to safety concerns.

The alleged desecration of the Quran and the assault on the five students has provoked wide interest and controversy in Jordan. The day after the incident, the Ammon news website posted an interview with a well-known shaikh, who is seen as leader of the “Salafi-Jihadi current.” The website reported that the shaikh had said it is permissible for Muslims to kill the five students because they “have been marked as infidels,” adding, “We hope to see their punishment soon.” The shaikh has not denied this interview, which remains online.

The shaikh’s remarks appear to have led to other calls for the students to be killed in messages posted on the Facebook social networking site and news websites, prompting fears for their safety and doubts about whether they will be able to complete their university studies in Jordan.

“Rather than locking up these five students without charge and compounding the harm done to them, the authorities should be bringing to justice those who violently assaulted them,” Goldstein said. “They should also investigate reported statements that appear to call for the students’ deaths and prosecute their authors if they amount to direct incitement to murder.”