Posted on: June 1st, 2012 by AlYunaniya Staff No Comments 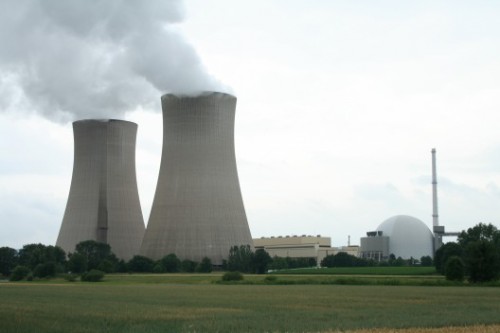 Jordanian Mps on Wednesday voted a resolution on Wednesday demanding the suspension of the construction of its first nuclear reactor until necessary fund is available and feasibility studies are completed, according to state-run Petra news agency.

According to an international nuclear organisation, the rising construction costs will push the price tag of Jordan’s first nuclear reactor to approximately $10 billion it warned.

However, Khaled Toukan, commissioner of the Jordan Atomic Energy Commission, said the country’s nuclear programme will be unaffected by a parliamentary motion to halt the project, insisting the project’s activities fall in line with lawmakers’ demands, Jordan Times reported. Earlier in defending the controversial project Toukan put the cost of the reactor at about $5 billion.

Energy officials have highlighted the importance of the program which calls for the construction of up to four reactors over the next 20 years in order to reduce it dependency on imported energy which amounts to 96 percent pushing the national energy bill to a record 5.6 billion dollars, Arabiangazette reported. Jordan had signed several bilateral agreements over the years on nuclear cooperation with U.S, China, Japan, Canada, Russia, Ukraine, Romania, Spain, Argentina and the United Kingdom. The Kingdom has also recently announced plans for building a liquefied gas terminal in Aqaba to import natural gas from Qatar in light of a rising demand on power.

Jordan has seen several campaigns in recent months by environmentalists and activists to stop building the nuclear plant on the grounds that the project requires large amounts of water as it constitutes the third poorest country in water and involved environmental risks.