July deadliest month in Iraq in more than 5 years: UN 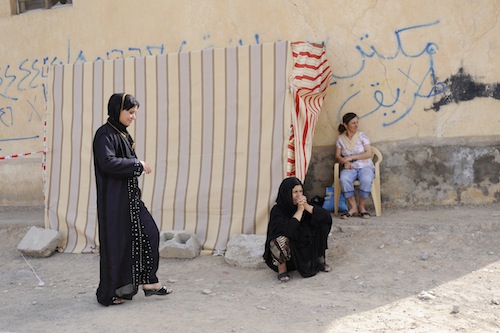 The UN today released the latest casualty figures and expressed concern about the high number of dead who were killed in the month of July.

According to casualty figures released today by UNAMI, a total of 1,057 Iraqis were killed and another 2,326 were wounded in acts of terrorism and violence in July.

“The impact of violence on civilians remains disturbingly high, with at least 4,137 civilians killed and 9,865 injured since the beginning of 2013,” the Acting Special Representative of the United Nations Secretary-General for Iraq, Mr. Gyorgy Busztin, warned.

“We haven’t seen such numbers in more than five years, when the blind rage of sectarian strife that inflicted such deep wounds upon this country was finally abating. I reiterate my urgent call on Iraq’s political leaders to take immediate and decisive action to stop the senseless bloodshed, and to prevent these dark days from returning.”

Baghdad was the worst-affected governorate in July with 957 civilian casualties (238 killed and 719 injured), followed by Salahuddin, Ninewa, Diyala, Kirkuk and Anbar (triple-digit figures).

Meanwhile, the Secretary-General in a statement urged Iraqi political leaders to address the legitimate grievances of all Iraqi communities by entering into a serious dialogue with a spirit of compromise, and by passing overdue legislation without further delay.

The United Nations Assistance Mission for Iraq undertakes monitoring of the impact of armed violence and terrorism on Iraqi civilians in accordance with its mandate.