Kenyan elections must be free of sexual violence: UN 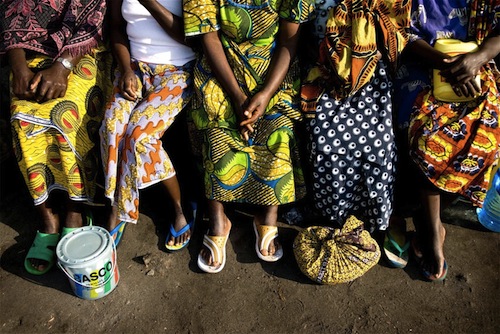 As Kenya prepares to go to the polls on Monday, a senior United Nations official has called on authorities to ensure the protection of civilians, especially women and girls, recalling that thousands of cases of rape and other forms of sexual assault were documented during the violence that followed the 2007 elections.

“I urge the authorities in Kenya to ensure that civilians of all ethnic and political backgrounds can exercise their right to vote in safety and security, and to guarantee that in the post-election period we do not witness the rise in politically-motivated rape which occurred in the wake of the last elections,” the Secretary-General’s Special Representative on Sexual Violence in Conflict, Zainab Hawa Bangura, said in a statement.

Monday’s election will be the first presidential polls since the December 2007 vote, which was followed by post-election violence in which more than 1,100 people were killed, 3,500 injured and up to 600,000 forcibly displaced.

As Kenya goes to the polls, national and international observers and human rights actors have warned of the risk of election violence, including the deliberate targeting of civilians due to political or ethnic affiliations, Ms. Bangura noted, adding that thousands of cases of rape and other forms of sexual assault were documented after the last elections.

“I call on all candidates to speak out against election violence, and for the Kenyan authorities to take the necessary steps to avert the risk of increased sexual violence and ensure the protection of civilians, especially women and girls,” she stated.

“Above all, the Kenyan authorities must remain alert to the warning signs and send the signal that such crimes will not be tolerated.

Also, the Office of the UN High Commissioner for Human Rights (OHCHR) said it is deploying a four-person team to monitor the human rights situation during the electoral period and to support the Kenyan National Commission of Human Rights as well as civil society groups.

Earlier this week, Secretary-General Ban Ki-moon voiced the hope that all Kenyans will work together to ensure that the 4 March election will be peaceful and credible, and said he trusted that efforts made at many levels to prevent a repeat of past violence will be redoubled during the remainder of the campaign.