Killing of prominent comedian and media worker in Somalia condemned 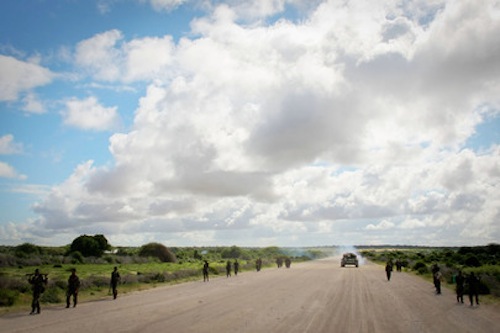 Abdi Jeylani Malaq ‘Marshale’, a popular comedian, was shot dead on Tuesday by two men armed with pistols as he entered his home, at about 5.30pm, in the Waberi district of Mogadishu.

Although the motives for his killing remains unclear, Abdi Jeylani Malaq ‘Marshale’ had produced and broadcast satirical programs for the Somali Radio Kulmiye and Universal TV, and had previously received death threats from al-Shabab, the Islamist armed group fighting against Somalia’s Transitional Federal Government.

He is the eighth person working in the media to be killed in a targeted attack in Somalia since December 2011. Several journalists have also narrowly escaped assassination attempts this year.

“Amnesty International is shocked not only by the continuing pattern of targeted attacks against media workers, but also at the inaction of the Somali authorities to protect them and to investigate these attacks seriously,” said Bénédicte Goderiaux, Somalia researcher at Amnesty International.

“The international community should step up efforts to help re-establish the rule of law and ensure accountability for the numerous crimes under international law committed in Somalia.”

Meanwhile, a draft Provisional Constitution for Somalia was today approved by the National Constituent Assembly in Mogadishu – one of the steps agreed between the Somali transitional authorities and the international community to end the transitional period in the country.

Amnesty International urges the current and future Somali authorities to take all the steps necessary to make the right to life and the right to freedom of expression and freedom of the press a reality – rights guaranteed in the Provisional Constitution.

“There are currently no mechanisms in place for media workers in Somalia to report threats and to get advice on improving their safety,” said Goderiaux.

“Somali media workers, who continue to risk their lives, should be fully consulted by the Somali authorities and the international community over ways to improve their protection.”

The United Nations envoy for Somalia has strongly condemned the killing of prominent Somali comedian and media worker Abdi Malaq Jeylani, and called on the authorities to bring the perpetrators to justice.

“Almost every month we mourn a victim in the Somali media world. This is simply unacceptable,” the Secretary-General’s Special Representative, Augustine Mahiga, said in a news release.

“I call again on the Somali authorities to take immediate action and do all that is necessary to conduct a full and independent investigation into this attack and bring the perpetrators to justice,” added Mahiga, who also heads the UN Political Office in Somalia (UNPOS).

The Special Representative noted that, despite promises, there has been “little to minimum progress” on the investigations of crimes against media professionals. “I call again on the relevant authorities to protect the journalists in the country and safeguard their work. UNPOS stands ready to assist towards this end,” he said. “The cycle of impunity must end.”

Yesterday, lawmakers in the Horn of Africa nation adopted the Provisional National Constitution, completing an important milestone towards ending the current transitional period that is scheduled to conclude on 20 August.

The provisional constitution “clearly stipulates the right to freedom of expression and opinions, including freedom of speech and freedom of the media in all forms,” UNPOS pointed out.

In addition, the Transitional Federal Government held a constitutional conference in May on freedom of expression, during which Somali leaders expressed their uncompromising support to media freedom and raised the need to enhance the judicial system.

After decades of warfare, Somalia has been undergoing a peace and national reconciliation process, with the country’s Transitional Federal Institutions currently implementing the so-called Roadmap for the End of Transition in Somalia, devised in September last year, that spells out priority measures to be carried out before the country’s transitional governing arrangements end in 18 days’ time.