Posted on: July 26th, 2013 by Dimitris Ioannou No Comments 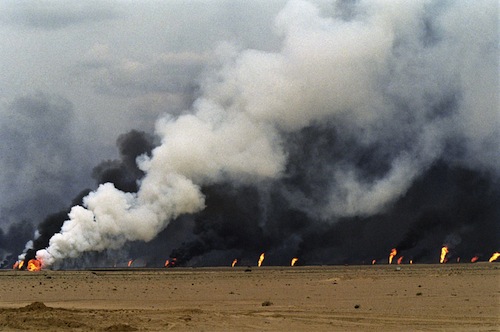 The United Nations Compensation Commission (UNCC), which settles the damage claims of those who suffered losses due to Iraq’s 1990 invasion of Kuwait, today made $1.07 billion available to the Government of Kuwait.

The remaining category E claim was submitted by the Government of Kuwait on behalf of the Kuwait Petroleum Corporation, stated a news release issued by the Geneva-based Commission.

In 2000, the claim was awarded $14.7 billion for oil production and sales losses as a result of damages to Kuwait’s oil field assets and represents the largest award by the UNCC’s Governing Council.

With this payment, the Commission has paid out $42.3 billion of its total awarded amount of $52.4 billion to over 100 governments and international organizations for distribution to 1.5 million successful claimants in all claim categories, leaving approximately $10.1 billion remaining to be paid.

Successful claims are paid with funds drawn from the UN Compensation Fund, which is funded by a percentage of the proceeds generated by the export sales of Iraqi petroleum and petroleum products.

The UNCC’s Governing Council has identified six categories of claims: four are for individuals’ claims, one for corporations and one for governments and international organizations, which also includes claims for environmental damage.