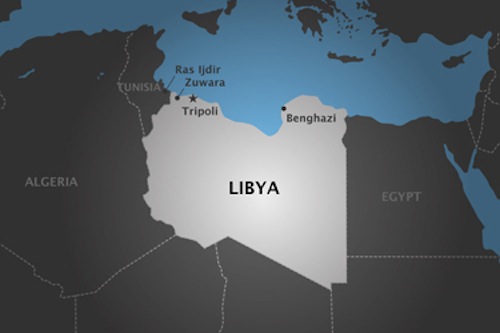 Libyan authorities should allow displaced residents of the city of Tawergha to return to their homes safely, Human Rights Watch said. Local authorities in Ajdabiya turned back a group of Tawerghans on June 25, 2013. Some had left Benghazi in a convoy of about 40 cars for Tawergha, 750 kilometers west, only to be barred passage in Ajdabiya, 150 kilometers from Benghazi.

Tawerghans fled their hometown in August 2011 as armed fighters from the nearby city of Misrata approached. About 35,000 Tawerghans are dispersed across the country and have been prevented from returning by armed groups from Misrata. The Misrata groups accuse Tawerghans of fighting with pro-Gaddafi forces during the 2011 conflict and committing war crimes in Misrata.

Whereas it is understandable that individuals in Misrata may want justice for crimes committed against them by individuals, that does not give them any right to block the right of return of displaced people to their homes, Human Rights Watch said. Widespread or systematic forced displacement carried out as a policy, as in this case, amounts to a crime against humanity.

“An entire community is being held hostage to crimes allegedly committed by a few,” said Eric Goldstein, deputy Middle East and North Africa director at Human Rights Watch. “The onus is now on the government to end this collective punishment by ensuring that Tawerghans can exercise their right finally to return to their homes.”

In recent weeks, the government, religious leaders, tribal leaders, and the United Nations mission in Libya have all cautioned against a unilateral initiative announced by the Tawergha community to return home on June 25. The government and others said they were concerned about possible confrontations by groups that oppose the Tawerghans’ return.

The Local Council of Tawergha, the main body representing the displaced Tawergha community, decided to postpone the return operation. Nevertheless, a small group of Tawerghans, motivated in part by concern that a plan was afoot to resettle them permanently in a place other than Tawergha, set out for home. They were blocked by local authorities in Ajdabiya. The local officials apparently were acting in consort with the central government, which feared attacks on the convoy by groups from Misrata, a member of the convoy who attended the meetings with the local authorities told Human Rights Watch.

Human Rights Watch visited Tawergha regularly in 2011 and 2012 and reviewed satellite imagery of the destruction of the city over time. Researchers observed extensive burning and looting of residential and commercial buildings in most parts of the town by arson and targeted demolitions after the fighting there had stopped in mid-2011, in an apparent attempt to prevent Tawerghans from returning home. The government has been unwilling or unable to intervene to break the veto that Misrata militias are exercising over the return of Tawerghans.

“Keeping people from going home is like detaining them ‘for their own good,’” Goldstein said. “The authorities should not only let them go home but should ensure them security as they go and when they get there.”