Libya: wave of political assassinations in Benghazi and Derna 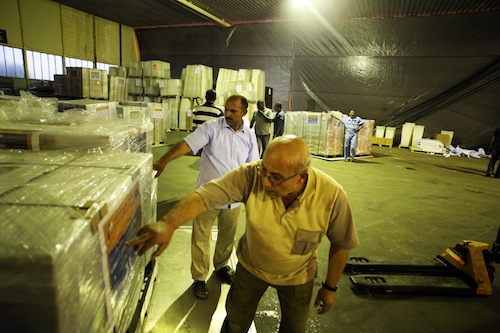 At least 51 people have died in a broadening wave of apparent political assassinations in the cities of Benghazi and Derna in volatile eastern Libya. Authorities have not prosecuted anyone for these crimes, and have no suspects in custody, as far as Human Rights Watch has been able to determine.

The July 26, 2013, killing of Abdulasalam Elmessmary, was the first of a political activist since Muammar Gaddafi was ousted. The assassination appeared to signal a new turn in the violence with potentially serious implications for Libya’s stability. The other victims include two judges and at least 44 serving members of the security forces, most of whom had held positions in Gaddafi’s government. At least six were high-ranking officers under Gaddafi.

“What started as assassinations of members of the police, internal security apparatus, and military intelligence has been further aggravated by the killing of judges and a political activist,” said Joe Stork, deputy Middle East and North Africa director. “The failure to hold anyone accountable highlights the government’s failure to build a functioning justice system.”

According to cases documented by Human Rights Watch, political assassinations in Benghazi and Derna peaked in the second half of 2012, and again in January and July 2013. While there have been reports of assassinations in other parts of the country, they have mostly been centered in the east.

Human Rights Watch interviewed relatives, friends or witnesses of eight of the victims. Relatives told Human Rights Watch that as far as they could determine, Libyan law enforcement officials had not conducted comprehensive investigations. They said law enforcement agents did not investigate at the crime scene, summon any potential witnesses, or provide information to the families about their investigations.

Law enforcement officials acknowledged to Human Rights Watch that they had not concluded any of the investigations despite trying to conduct investigations into the assassinations. They said they lacked sophisticated means to investigate, faced many obstacles due to the prevailing security situation, and lacked the means to summon witnesses without the use of force.

No groups or individuals have claimed responsibility for the assassinations. The only person known to have been arrested escaped.

On July 23, Interior Minister Mohammad Khalifa al-Sheikh said at a news conference that “people with a past criminal record,” were behind the killings. He said that some of their identities were known but could not be revealed since the information was classified, and that the government was investigating and collecting information.

“Myriad armed groups and criminals with various agendas are benefiting from a weak and dysfunctional law enforcement system where they can kill even police and judges with impunity,” Stork said. “Unless the government takes urgent steps to actually turn its own pledges into action and make building its police and criminal investigation units a priority, there is a real risk of a further surge in violence.”