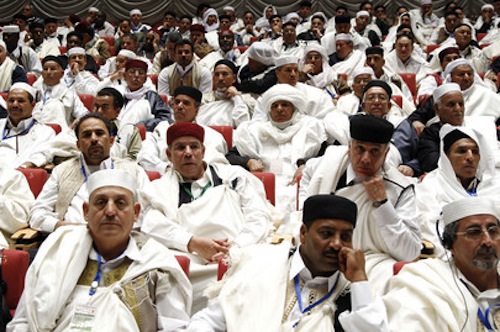 Post-Gaddafi nation gets back to business as Libya’s stock market officially reopened in Tripoli yesterday March 15, marking the first day of trading since the fall of Gaddafi in August last year with trading in 10 companies valued at $3.1 billion (EUR 2.4 billion), according to AFP.

The bourse stopped trading soon after the Libyan uprising broke out against Gaddafi’s 42-year rule. Its re-launch is likely to attract interest from foreign investors seeking opportunities in the post-Gaddafi Libya, which is home to Africa’s biggest proven oil reserves, writes Reuters. “People are scared to come to Libya because they fear all the guns. Today can show them that Libya is going back to normal,” told the news agency a visiting businessman from Dubai.

All companies traded would enjoy a five-year tax break in a bid to boost trading, he said, which will also be open to foreign investors. Most of the shares being traded represent the financial sector, including private banks and insurance firms, although a cement company also made the cut in the country, which places reconstruction high on its agenda.

According to reports, an Islamic fund and a real estate company would start trading in June, with oil companies and telecommunications giants Al-Madar and Libyana next in line.

The Libyan Stock Market is also opening a branch in the second city of Benghazi, allowing buyers in the east and west to make purchases while it also expressed hopes to set up an electronic trading service in the coming months.