Posted on: February 2nd, 2013 by AlYunaniya Staff No Comments

Major gaps in cancer control and care amongst countries: survey 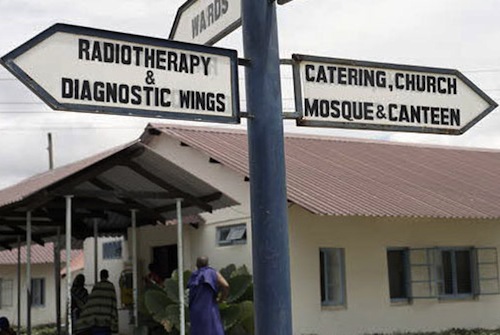 Ahead of World Cancer Day, the United Nations health agency launched a survey showing that more than half of all countries are struggling to prevent cancer and to provide appropriate long-term treatment and care to avoid human suffering and protect countries’ social and economic development.

“Cancer should not be a death sentence anywhere in the world as there are proven ways to prevent and cure many cancers,” Oleg Chestnov, Assistant Director-General for Noncommunicable Diseases and Mental Health at the World Health Organization (WHO), said in a statement about the global capacity survey.

“In order to reduce exposure to risk factors leading to cancer and ensure that every person living with cancer gets access to appropriate care and treatment, comprehensive cancer control programmes need to be set up in every country.”

A functional cancer control plan includes prevention, early detection, treatment and care, according to WHO. The agency’s recent survey of 185 countries and their national capacity for noncommunicable diseases revealed major gaps in cancer control planning and services.

Even if countries developed cancer plans or policies, many of them are struggling to move from commitment to action, the survey showed.

Seventeen per cent of African countries and 27 per cent of low-income countries have cancer control plans with a budget to support implementation, according to the survey.

In contrast, South-east Asia generally has the greatest percentage of countries with policies, plans or strategies related to cancer, and all of them have some type of policy for diabetes, unhealthy diet, physical inactivity and tobacco use, which are known risk factors for some cancers.

Overall, fewer than half of the countries have population-based cancer registries critical to capture high-quality information on the numbers and types of cancer cases. The data helps to develop, implement and evaluate effective national policies for cancer control.

“This initiative is supporting mainly those countries that lack the resources to efficiently fight the rapidly growing cancer burden,” said Christopher Wild, Director of IARC.

“Better data on cancer occurrence will help governments to make the most of their limited resources and direct funds and activities to the areas where they are needed most.”

The first regional hub was launched in Mumbai, India, last year, with the regional hub in Izmir, Turkey, to become operational this year.

Political commitments from world leaders to address cancer have gained steam recently, WHO said. Secretary-General Ban Ki-moon last month called on participants at the World Economic Forum in Davos, Switzerland, to strengthen efforts to achieve global targets related to health, stressing the imperative of building a better future for all.