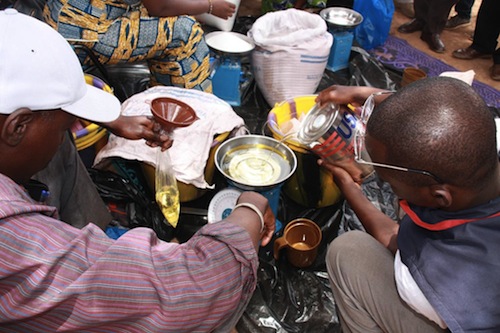 More than 435,000 people have been displaced in Mali, as the country faces a complex humanitarian emergency due to conflict and food insecurity, according to a new report released by the United Nations relief agency.

The report, produced by the Office for the Coordination of Humanitarian Affairs (OCHA), states that out of the 435,000 displaced persons, nearly 262,000 have registered with the UN as refugees in neighbouring countries including Niger, Burkina Faso and Algeria, while some 174,000 are internally displaced in the northern towns of Timbuktu, Gao and Kidal.

In January, fighting between Government forces and Tuareg rebels broke out in northern Mali. The instability and insecurity resulting from the renewed clashes, as well as the proliferation of armed groups in the region and political instability in the wake of a military coup d’état in March, have led to massive displacement.

Mali is also located in the Sahel region, a semi-arid belt crossing the north of Africa, which exposes it to a risk of famine. The conflict, coupled with food insecurity, has led to a complex humanitarian emergency, the report states.

The report warns that refugees and internally displaced persons (IDPs) are in urgent need of food, shelter and water, and warns that the food security situation is deteriorating in the country as a plague of locusts in northern Mali is now spreading and is threatening agricultural production.

In addition, the report, which was released yesterday, notes that health conditions are also a cause for concern as 140 cholera cases, including 11 deaths, have been reported in the Gao and Ansongo districts in the northern part of the country.

The Food and Agriculture Organization (FAO) reported that some 4.6 million people are now in need of food assistance. So far, the World Food programme has reached 360,000 people in southern Mali, and over 148,000 people in the north, according to the report. To address this issue, the food relief agency is also organizing activities which include reforestation, prevention of erosion and desertification and soil restoration that will help people achieve longer-term food security.

Earlier this month, the UN High Commissioner for Refugees, António Guterres, had called for more funds to assist Malian refugees. So far, donors have provided $95.3 million to respond to the crisis of the $213 million required.