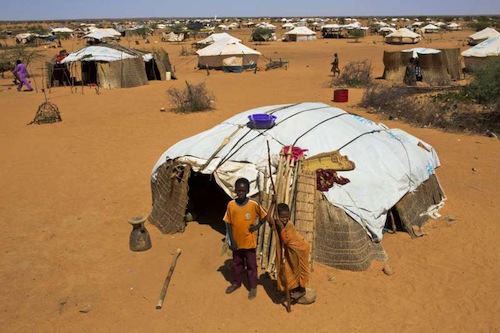 With only one month to go before the presidential elections take place in Mali, the United Nations is helping neighbouring countries deal with refugees who will be voting outside their home country.

According to the Office of the UN High Commissioner for Refugees (UNHCR), Burkina Faso, Niger and Mauritania host some 175,000 Malian refugees who fled the recent conflict there. Refugees eligible to vote in exile are people already registered in the Malian Administrative Civil Status Census, conducted in 2010.

“UNHCR is supporting the participation of refugees in these elections, although our role is limited to a strictly humanitarian and non-political one,” UNHCR spokesperson Adrian Edwards told reporters in Geneva. “We are providing refugees with practical information on their right to participate in the elections and we are also providing some transportation.”

In Burkina Faso, UNHCR has launched awareness campaigns in all refugee camps as well as spontaneous refugee sites, and in urban settings with concentrations of refugees.

“We are letting people know that personal information and data held by UNHCR is not being shared with the Malian Government, and advising on steps to take should people come under pressure from any person or party involved in the election,” Mr. Edwards said.

Of almost 50,000 refugees in Burkina Faso, more than 18,400 are of voting age, and over the past four days, 10 teams deployed by the Malian Embassy and supported by UNHCR have started registering refugees to vote. The process is monitored by Burkina Faso’s national refugee commission.

Mr. Edwards said registration numbers have picked up in the past few days, and added that the names of registered voters will be sent to authorities in the Bamako, the Malian capital, so that electoral cards can be sent to Burkina Faso and distributed to refugees.

Similar arrangements are in place in Niger and Mauritania, which host some 50,000 and 75,000 refugees, respectively.

UNHCR previously facilitated out-of-country voting by refugees in South Sudan in 2011, in Iraq in 2010 and in Afghanistan in 2004.