Posted on: August 20th, 2012 by AlYunaniya Staff No Comments 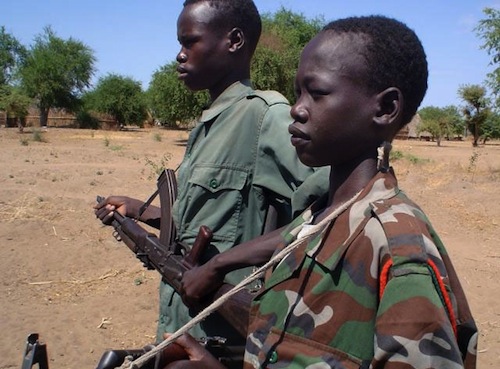 The United Nations Children’s Fund (UNICEF) warned of reports that armed groups in northern Mali are increasingly recruiting and using children for military purposes, and called on all parties to keep them out of the way of conflict.

“While it is difficult to establish the precise figures, reliable sources have stated that numbers [of children] involved are in the hundreds and appear to be escalating,” UNICEF said in a news release.

“UNICEF calls on all parties to the conflict, leaders and community members to ensure that children are protected from the harmful impact of armed conflict and do not participate in hostilities,” it added.

Last month, the agency had reported that at least 175 boys, between the ages of 12 and 18, were directly associated with armed groups in the north, where fighting between Government forces and Tuareg rebels broke out in January.

The insecurity resulting from the renewed clashes, as well as the proliferation of armed groups in the region and political instability in the wake of a military coup d’état in March, have led over 250,000 Malians to flee to neighbouring countries. Some 174,000 Malians are estimated to be internally displaced.

UNICEF also warned of the deteriorating conditions in northern Mali, where the malnutrition rate is among the highest in the country. Schools have been closed for much of the year and cholera has surfaced along the Niger River.

“Community coping mechanisms are being stretched to the extreme and risk failure, with negative consequences for children and women,” UNICEF said, adding that it has received only 28 per cent of the $58 million it seeks for an emergency appeal to help Malian children this year.