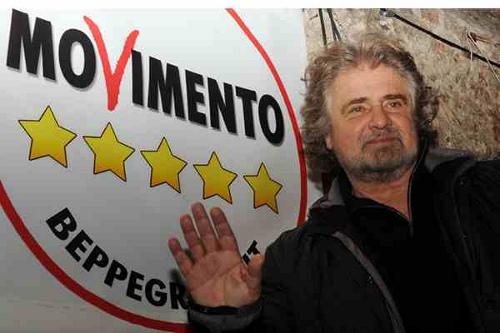 In Italy, people do not know how to better comment the result of the recent political elections. In the meantime, the news of the results led to a fall on Italian financial markets.

What happened in Italy?

Pier Luigi Bersani’s centre-left bloc won the lower house vote but has failed to secure a majority in the Senate, and control of both houses is needed to govern. A protest movement led by comedian Beppe Grillo won 25%, and a bloc led by current Prime Minister Mario Monti came fourth, with only a 10%.

The outcome of the election, which finds Italy in deep recession and tough austerity measures, was so close that the margin of victory was less than 1% in both houses of parliament. Centre-left leader Pier Luigi Bersani commented to BBC correspondent Katya Adler :”It is clear to everyone that a very delicate situation is emerging for the country,”

Mr Berlusconi ‘conceded’ to his opponents the lower house; however,  he stated that he would not associate with Mr Monti’s centrist bloc because the prime minister’s poor showing was down to popular discontent with his austerity measures.

The final equilibrium is very fragile: Bersani has the majority, as the winning bloc is guaranteed 340 seats, but the margin is extremely small. Therefore, on a final exam, Italy is walking on a fine line, and stability is not what the country seems to go for.

The results produced a mixed reaction in Europe.

From Bruxelles the president of the European Parliament, Martin Schulz, stated RAI radio that the result is very difficult for Italy, e for Europe: “There is a need for a stable government” because Italy is a member of G8 and therefore a strong player in Europe.

In Germany, the Minister for Foreign Affairs, Guido Westerwelle, hopes for the creation of a functional government in the interest of the whole Europe; he also urged Italy to continue its reforms, and called for a government to be formed “as quickly as possible”.

Garcia-Margallo, his Spanish counterpart, expressed “extreme concern” about the financial consequences of the Italian elections.

It is a mystery where Italy is going. The only man that might make sense of it is Grillo; the Genoese comic, who toured around the country throughout the election campaign and based his speeches on insults against a discredited political class.

“We’ve started a war of generations,” Mr Grillo said in an audio statement on his website,(www.beppegrillo.it) : “They are all losers, they’ve been there for 25 to 30 years and they’ve led this country to catastrophe.”