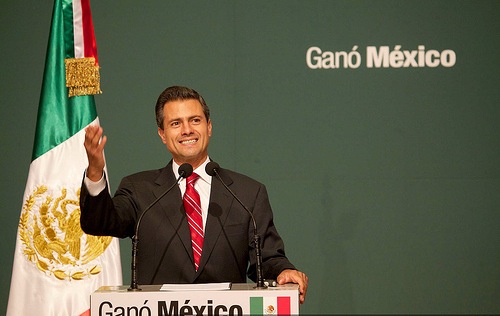 Nieto of the Institutional Revolutionary Party (PRI) had about 38 percent support and a lead of least 6 percentage points over his nearest rival, according to an official “quick count” by election authorities, Reuters reported.

Lopez Obrador of the Democratic Revolution Party had 31 percent and Josefina Vazquez Mota of the ruling National Action Party had about 25 percent.

Conservative National Action Party candidate Josefina Vazquez Mota said earlier that none of the exit polls favor the first woman candidate for a major party in Mexico. Her party held the presidency for 12 years after kicking out Pena Nieto’s Institutional Revolutionary Party, or PRI, in 2000.

The PRI, which governed Mexico for 71 years until losing in 2000, has staged a comeback behind the telegenic Pena Nieto, who has pledged to open state-owned oil monopoly Pemex to foreign investors, raise tax revenue and liberalise the labour market, according to Al Jazeera. The party has been bossted by voter fatigue with a slow-moving economy and an increase in drug war that has killed roughly 50,000 mexicans.