Migratory situation at the Greek-Turkish border 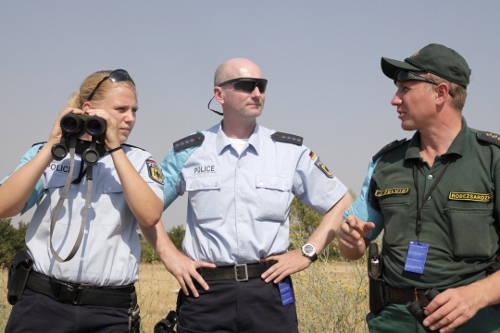 The numbers of migrants crossing the Greek-Turkish land border dropped from over 2000 a week in the first week of August to little over 200 by the end of the month. This is the direct effect of increased surveillance and patrolling activities by the Greek authorities, which included the deployment of 1800 officers along the Evros river at the beginning of August.

In September, detections dropped even further from around 70 a week at the beginning of the month to below 30 in the second half. As crossing the border in the Evros region has become more difficult, the number of nationalities attempting to cross has also dropped; from over 60 to fewer than ten, with the majority of migrants now coming from Iraq, Syria and Eritrea.

As a reaction, some displacement effect has already taken place along the South Eastern border, with increasing numbers of migrants arriving mainly in the Greek Aegean Islands of Samos, Symi, Lesvos and Farmaconisi. At the sea border with Turkey, weekly detection rates grew from around six in July to approximately 180 in August and September.

In October, as response to the growing migratory pressure in the Eastern Aegean, Frontex has strengthen Joint Operation (JO) Poseidon Sea with additional air and maritime surveillance assets.

At the land border between Turkey and Bulgaria the numbers of illegal border crossing have also risen since August and vary between 40 and 70 a week. Frontex JO Poseidon Land at this border is an ongoing operation and supports the Bulgarian authorities with the screening and debriefing of irregular migrants.

The number of Syrians arriving in an irregular way in Europe via Turkey has also been growing steadily since the beginning of the year. The increase has been dramatic in July when up to 800 Syrians were crossing the Greek-Turkish land border every week. Currently Syrians still constitute a significant percentage of all migrants arriving in Greece. For example since 1 August out of over 1300 migrants who arrived in the Aegean islands nearly 30% were Syrian nationals.

It is believed that a significant number of persons are still awaiting passage in Turkey.