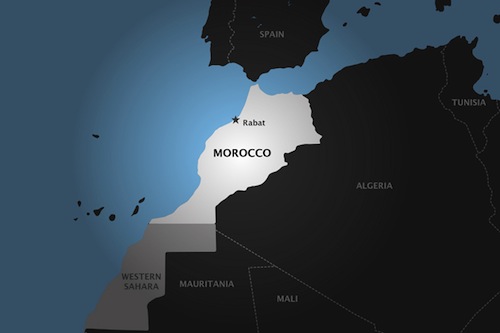 While a culture of human rights is emerging in Morocco, the authorities must do more to eradicate torture and ill-treatment, says an independent United Nations human rights expert. “The situation on the ground regarding the practice of torture has generally improved from the past decades when there were widespread disappearances, secret detention and torture,” said Juan E. Méndez, the Special Rapporteur on torture.

“However, I received credible testimonies of undue physical and mental pressure on detainees in the course of interrogations. These events happen frequently enough to deserve attention and efforts to eradicate them,” said the expert, who wrapped up an eight-day mission to the country on Saturday.

Méndez noted that, while the practice of cruel treatment persists in ordinary criminal cases, treatment amounting to torture is frequently linked to highly charged events such as large demonstrations, a perceived threat to national security or terrorism.

“At those times a corresponding increase in acts of torture and ill-treatment during the detention and arrest process can be detected,” he said.

The expert found that prosecutors and investigative judges dismiss complaints of torture or fail to investigate such allegations. “The complaint system regarding allegations of torture and ill-treatment and investigation, prosecution and punishment of perpetrators, with the exception of a very few cases, seems to be in law only,” he said. “This gap between law and practice must be closed.”

He acknowledged the difficult situation for the authorities regarding the flow of undocumented migrants, particularly in the north of the country. At the same time, he voiced concerns about the increase of reported violence of security forces against this particularly vulnerable group.

“Severe beatings, sexual violence, and other forms of ill-treatment appear to be on the rise,” Méndez said. “I urge the authorities to take all necessary measures to prevent further violence and to investigate reports of violence against sub-Saharan migrants.”

During his mission, the expert met with authorities, the judiciary, civil society, the national human rights institution, UN agencies, as well as with victims and their families, in Rabat, Salé, Skhirat-Témara and Casablanca.

The mission also included a two-day visit to Laâyoune, Western Sahara, where he was “overwhelmed” with the vast number of requests to meet and the hundreds of cases received prior and during his visit.

“I was regrettably only able to meet with a sample of alleged victims and representatives of civil society but I will examine each submission in detail so that all information that falls within the scope of my mandate is considered.”

Independent experts, or special rapporteurs, are appointed by the UN Human Rights Council to examine and report back, in an unpaid capacity, on specific human rights themes.

Méndez will prepare a mission report with his observations and recommendations to be presented at a forthcoming session of the Council, which is based in Geneva.