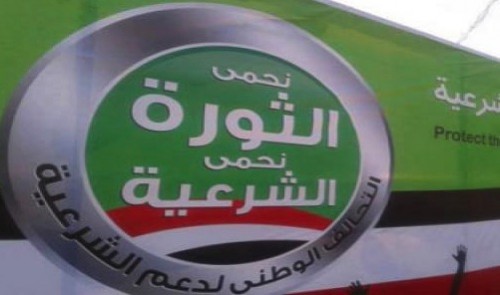 An alliance of Islamist parties and movements including ousted president Mohamed Mursi’s Muslim Brotherhood has appealed to Egyptians to demonstrate across the country after noon prayers on Friday against a military coup that ousted Mursi.

“The ‘National Alliance in Support of Electoral Legitimacy’ (NASEL) appealed to the masses of the Egyptian people to mobilize in peaceful mass marches in all liberty squares and streets of Egypt, to be started from all mosques, after Friday prayers, to reject the heinous coup against popular will,” the alliance said in a statement.

NASEL said that it feels rising public anger and the imminent danger threatening the nation as a result of the unprecedented military coup d’état against legitimacy derived from the will of the people and the January 25 Revolution.

Moreover, NASEL stressed “categorical rejection of the terror and violence dealt by the new police state authorities, which began from the first moment the coup was announced with all forms of repression, restriction of freedoms, closure of satellite TV channels – especially Islamist ones, restricting the freedom of the media, the arrest of politicians, and framing innocent people,” it added.

The military  shut down four Islamist TV stations, banned the Muslim Brotherhood’s newspaper and raided the office of Al-Jazeera in Egypt, bringing an outcry Thursday from rights groups.

Rights groups said the moves appeared to be an attempt to intimidate pro-Mursi media and shut off their viewpoints, according to AP.

The military’s move came hours after the announcement of the military chief that Mursi had been removed.

In a statement, the Brotherhood said the shutdowns were a return to the “repressive” policies of Egypt’s “dark … ages.”

Mursi, his aides, and Muslim Brotherhood officials have been placed under house arrest after Mursi was ousted from power in Egypt, according to Reuters.

Meanwhile, Adly Mansour, the head of the Supreme Constitutional Court, with which Morsi had repeated confrontations, was sworn in as interim president on Thursday.

At least 16 people have been killed and hundreds wounded in clashes across Egypt since Mursi’s overthrow.