Posted on: August 17th, 2012 by Julie Jalloul No Comments 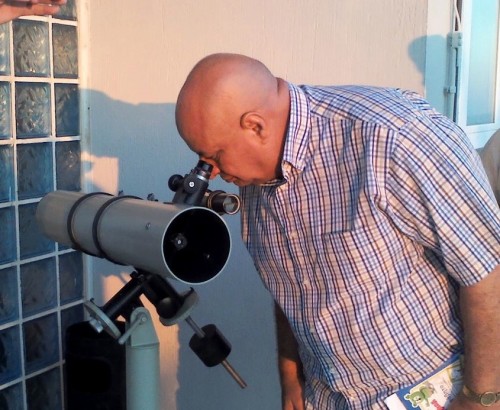 After a month of fasting, Muslims in Greece will celebrate the end of Ramadan on Sunday August 19 at the Olympic Stadium of Athens OAKA, the Muslim Association of Greece announced.

Since July 20, Muslims have been observing Ramadan, the Islamic holy month, by abstaining from food, drink each day from sunrise to sunset. Eid al-Fitr, which means feast of the breaking fast, marks the end of Ramadan and is usually observed when Islamic scholars see the new crescent moon in the night skies.

All delegations from Muslim communities gathered to look in the telescope with their own eyes the birth of the new moon, with the assistance of Dr. Dapergolas based on the astronomical data of Greece and not from abroad. We wish all Muslims a Happy Eid and may God accept their good deeds and prayers,” he added.

In a statement to Alyunaniya, President of the Muslim Association of Greece thanked the Secretary-General of Religious Affairs, Mr. Kalatzis and all the relevant ministries for granting muslims in Greece the Olympic Stadium of Athens OAKA and making this eid prayer possible one more year.

Ahmed El Sharkawi, born in Athens to Egyptian parents said: “On the first day of Eid, we wake up we eat a small meal, a symbolic act that reminds them that Ramadan is over. Then we gather to perform the Eid prayer. Unfortunately, until we get an official mosque in Greece we are forced to pray in stadiums or different makeshift mosques.”

“We later disperse to visit our families and friends, give gifts to one another and convey good wishes for the holiday,” he added.