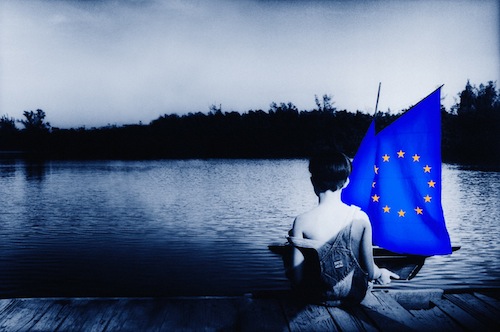 According to a report by the National Bank of Greece (NBG), an exit from the euro would lead to a significant impoverishment of Greek citizens (lower per capita income by at least 55% in euros), affecting more the economically disadvantaged groups of citizens, through the sharp depreciation of the new currency (65% in nominal terms), a deepest recession (-22% at constant prices, in addition to the contraction by 14% in the period 2009-2011) and the rise in unemployment to 34%.

The risk of Greece leaving the Eurozone is no longer a theoretical hypothesis or a zero probability trend but it is the subject of everyday discussion at an international level and a scenario that is discussed more intensely, especially abroad, according to the National Bank.

If Greece exited the Eurozone, the state would be forced to monetary finance its needs, creating an inflationary spiral that would gradually ruin the competitive advantage of the devaluation (the euro will reach 561 drachmas), the bank says.

NBG emphasizes that the economic programme provides time to implement reforms to reduce debt and includes axes of measures for structural changes in the financial system.