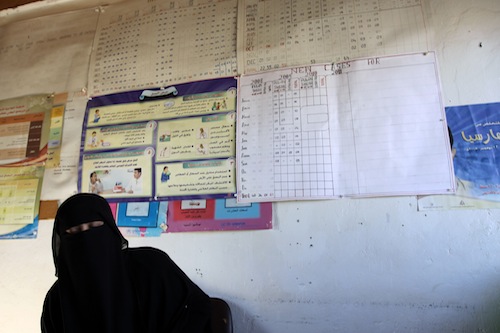 Almost five million Yemenis are unable to produce or buy the food they need, according to preliminary findings of a United Nations survey, which states that the number of people experiencing severe food insecurity has nearly doubled since 2009. “Hunger is on the increase in Yemen and rising food prices combined with conflict are taking their toll on many families,”  said Lubna Alaman, World Food Programme (WFP) Representative in the country.

“What this shows is that almost one quarter of the Yemeni population needs emergency food assistance now,” Ms. Alaman added.

The WFP food security survey, which was produced in collaboration with the UN Children’s Fund (UNICEF) and the Yemeni Central Statistical Organisation (CSO), also found that a further five million people are at risk of becoming severely food insecure as they face rising food prices and conflict. In urban areas, where civil unrest has hit hardest, more than a quarter of households said insecurity had reduced their ability to buy food.

In a news release, WFP said it has scaled up its humanitarian assistance this year to feed 3.6 million vulnerable people who cannot afford food or have been displaced due to the violence in the northern and the southern regions of the country.

WFP stressed that it is prioritizing 1.8 million severely food insecure Yemenis, particularly women and children, who are living in the poorest 14 governorates, as well as some 670,000 internally displaced and conflict-affected people.

The survey also underlined that chronic malnutrition among children is of serious concern. In the governorate of Al Mahweet, for example, an estimated 63.5 per cent of the children are suffering from stunted growth.

The survey, which was conducted during November and December last year, interviewed almost 8,000 households in 19 out of 21 governorates, and examined the nutritional and food consumption status of more than 11,000 children and about 10,000 mothers between the ages of 15 and 49.