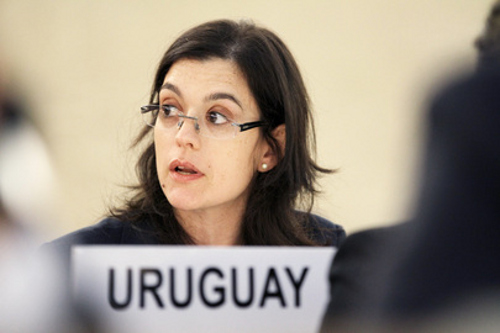 Mujica had promised he would sign the bill passed by the Senate to waive penalties for abortion with few restrictions in December 2011. However, it took until September 2012 for the bill to pass through the Chamber of Deputies, the lower house of Uruguay’s legislature. The lower house made significant changes to the Senate bill, adding procedural requirements that must be met for women to access abortions. The bill passed by a margin of just one vote. In October, Uruguay’s senate ratified the Chamber of Deputies’ version of the bill, clearing the way for the president’s signature. The final version retains abortion as a crime under the criminal code, but waives penalties.

Latin American countries have some of the most restrictive abortion policies in the world. Several countries, such as Chile, El Salvador, and Nicaragua have absolute bans on abortion with no exceptions whatsoever. These highly restrictive laws fuel clandestine abortions, putting women’s lives at risk. The United Nation’s World Health Organization estimates that 13 percent of maternal deaths in the region are from unsafe abortion.

The law requires women seeking abortions to inform a doctor of the circumstances of the conception and the economic, social, or family hardships which would prevent her from continuing the pregnancy. The same or next day, the doctor is required to consult an interdisciplinary team of at least three professionals, including at least one gynaecologist, one mental health professional, and one specialist in social support. The interdisciplinary team must meet with the woman to inform her about the law, the process of abortion, and any inherent risks of the procedure.

After the woman meets with the team, the law requires a five-day reflection period before she can reassert her choice to continue with the abortion. Upon her informed consent, a doctor can perform the procedure.

Nevertheless, the United Nations Special Rapporteur on the Right to Health has found that legal restrictions can make legal abortions impossible. Examples of abortion restrictions that the Rapporteur criticized in a 2011 report include: “requirements of counselling and mandatory waiting periods for women seeking to terminate a pregnancy” and “requirements that abortions be approved by more than one health-care provider.”

Every year, worldwide, about 42 million women with unintended pregnancies choose abortion, and nearly half of these procedures, 20 million, are unsafe. Some 68,000 women die of unsafe abortion annually, making it one of the leading causes of maternal mortality (13%). Of the women who survive unsafe abortion, 5 million will suffer long-term health complications.

Uruguay’s Ministry of Public Health is now charged with developing regulations to implement the law. There is hope these regulations will ensure that any woman who seeks an abortion within the legal time frame is not denied the procedure; otherwise, desperate women facing the financial burdens and social stigma of unintended pregnancy, will continue to risk their lives by undergoing unsafe abortions.

“Having taken this positive step, Uruguay should now ensure that in practice women seeking this essential medical service can do so without arbitrary interference,” Klasing said.

According to the World Health Organization (WHO), every 8 minutes a woman in a developing nation will die of complications arising from an unsafe abortion; maybe it is time this reality to be something relegated in the past for Uruguay.