Posted on: June 18th, 2012 by Mayowa Aderinto No Comments

New round of talks between Iran and world powers in Moscow 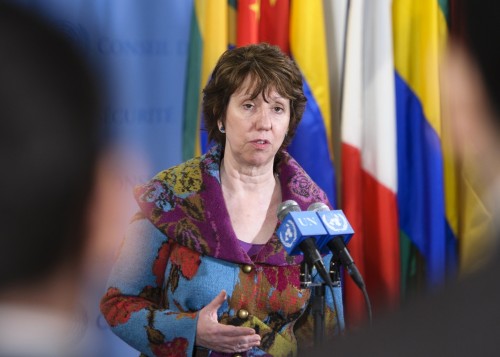 A new round of negotiations will take place in Moscow between Iran and the six powers concerning Tehnran’s nuclear programme.

In Moscow, the six powers – United States, Russia, China, France, Britain and Germany – are again expected to push Tehran to address their most pressing concern, its enrichment of uranium to 20 percent fissile purity. The failure of talks could be devastating, amid fears that Israel could bomb Iran if no diplomatic solution is found, intensifying regional tensions and pushing oil prices higher Al Jazeera reports.

Iran has refuted such accusations and insists it nuclear programme is only for peaceful purposes.

Ahead of the Moscow talks, each side has accused the other of hampering diplomacy.

The Islamic Republic’s chief negotiator, Saeed Jalili, told a Russian television station Iran’s right to enrich uranium ought to be “recognised and respected”.  Iran is also seeking to put an end to tightening economic sanctions impose by EU and US.

At the last talks, in Baghdad last month, the six nations asked Tehran in return to stop producing higher-grade uranium, ship any stockpile out of the country and close down the underground Fordow facility where such work is done.

The International Atomic Energy Agency (IAEA) failed to persuade Iran, in talks this month, to let it inspect a military site, Parchin, where new satellite imagery of the Parchin base near Tehran showed that “extensive activities” where there had been “virtually” none for years, Reuters reported. This “could hamper the agency’s ability to undertake effective verification” of the site, the IAEA warned.