New series of strikes on Gaza 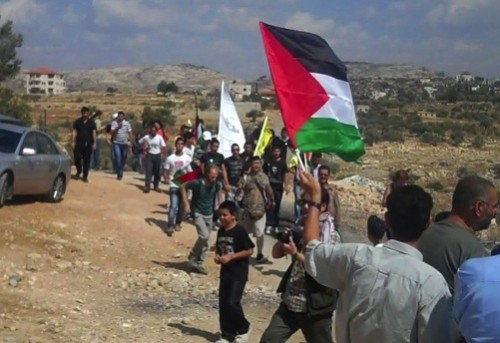 The latest strikes targeted two camps of the armed wing of Hamas, the Ezzedine al-Qassam Brigades, in central and northern Gaza; and a former Hamas security post in Gaza City, according to Al Jazeera.

The attacks wounded 19 people, Hamas medical officials said on Saturday, according to imemc.org.

Earlier on Friday, medics in the Gaza Strip reported that two Palestinians had been killed and four wounded after two Israeli air strikes.

A first Israeli air strike on Friday afternoon targeted the east of Al-Bureij in the central part of the Gaza Strip, killing Basel Ahmad, 29, while two other Palesitnians were wounded in the attack, according to Al Jazeera.

A second Israeli air strike killed another Palestinian in the north of Gaza identified as Hammam Abou Qadous, 20. Two other Palestinians were slightly injured in the same attack, according to PNN.

An Israeli army statement said “a plane of the Israeli Air Force targeted a terrorist group in northern Gaza just after the group launched a rocket that hit the Ashkelon region.”

Hamas militants had conditionally pledged to adhere to a truce brokered by Egypt on Wednesday, if Israel also withheld fire. Israel never commented on the deal but its officials have pledged to respond to any rocket fire from Gaza.

The latest round of Israeli attacks and Palestinian retaliation began with air strikes on Monday morning, just hours after gunmen from Sinai carried out an ambush along Israel’s southern border with Egypt, killing an Israeli civilian which Israel claims that it is ”in no way related” to the border incident, with the military saying the air force was targeting militants about to attack Israel.

Since Monday, more than 130 rockets and mortar rounds have been fired at Israel.

Airstrikes on Friday, which Israel’s army said was in response to rocket fire from militants, brought the Gaza death toll to 10 people since hostilities began.