Nigeria attacks by Boko Haram could be crimes against humanity; ICC 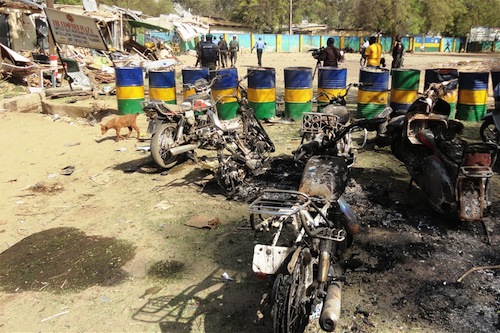 The Prosecutor of the International Criminal Court (ICC) reported that there is reason to believe that crimes against humanity have been committed in Nigeria, namely murder and persecution by the militant group known as Boko Haram.

A report issued by the Office of the Prosecutor, Fatou Bensouda, found that the group has, since July 2009, “launched a widespread and systematic attack that has resulted in the killing of more than 1,200 Christian and Muslims civilians in different locations throughout Nigeria.

“The scale and intensity of the attacks have increased over time,” adds the report, which is based on preliminary information through December 2012.

The Office stated in a news release that it is now assessing whether the national authorities are conducting genuine proceedings in relation “to those who appear to bear the greatest responsibility for such crimes, and the gravity of such crimes.”

It added that the Prosecutor is still assessing three other phases of the situation in Nigeria, and once completed, will decide if a situation meets the legal criteria established by the Rome Statute – the Court’s founding treaty – to warrant an investigation by the ICC.

During the timeframe of the report, Secretary-General Ban Ki-moon and the Office of the High Commissioner for Human Rights (OHCHR) repeatedly warned Boko Haram against attacks on civilians.

Nigerian President Goodluck Jonathan declared a state of emergency in May to fight Boko Haram. Related anti-insurgent operations and general insecurity have uprooted thousands of people in north-eastern Nigeria, with more than 6,000 of them fleeing to neighbouring Niger for safety, the UN High Commissioner for Refugees (UNHCR) reported in June.