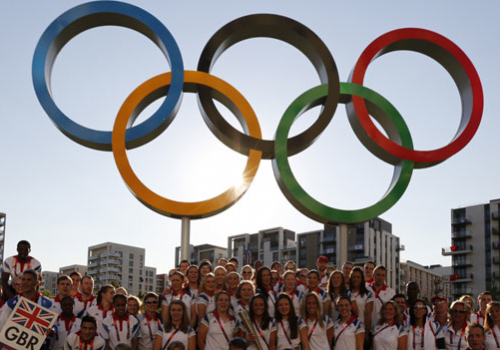 Greek triple jump athlete Voula Papachristou, who had been part of Greece’s delegation to the London Olympics, has been disqualified over a racist posting on her Twitter account earlier this week, the head of the Hellenic Olympic Committee Isidoros Kouvelos told SKAI yesterday.

The decision came despite a statement issued earlier on Wednesday by Papachristou in which she apologizes for a “joke” she posted on her Twitter account on Monday referring to the West Nile virus and immigrants in Greece.

Her tweet which was referring to reports of mosquitoes carrying the West Nile virus in her home country read: ‘With so many Africans in Greece, at least the West Nile mosquitoes will eat home made food!’

The Hellenic Olympic Committee said Papachristou is “placed outside the Olympic team for statements contrary to the values and ideas of the Olympic movement.”

“It’s the same as violating fair play,” Isidoros Kouvelos, head of Greece’s Olympic mission, told SKAI. “We are not here just to get medals, but to promote the Olympic ideals, to show our character.”

Shortly after the incident, the Hellenic Olympic Committee announced that it had banned all Greek athletes from using social media to express any personal opinions not related to the Olympics and to the preparation for their competitions.

Papachristou’s Twitter account  contained several retweets and links to sites and YouTube videos promoting the views of Golden Dawn, an extreme right party that entered the Greek Parliament in the June elections winning almost 7 percent of the vote. She has since erased those links and retweets from her account.